Beyoncé and JAY-Z have nothing but respect for Aretha Franklin

Beyoncé and JAY-Z have nothing but respect for Aretha Franklin.

The superstar couple took the stage at Detroit’s Ford Field on Monday night for the latest stop on their On the Run II Tour, giving their performance in honor of the ailing music legend.

“This show is dedicated to Aretha Franklin,” Beyoncé told the crowd shortly after her opening number, according to a tweet from the concert venue. “We love you and thank you.”

Opener DJ Khaled also added his voice to the tribute, leading the crowd in a sing-along of Franklin’s 1967 hit “Respect,” according to fan videos from the event. “Make some noise for Aretha Franklin,” he said.

Detroit has special meaning for Franklin. Not only is it where the Memphis-born singer currently lives, but it’s also where the minister’s daughter began her career, singing gospel in her father’s church. Years later, Franklin would achieve critical and commercial acclaim — as well as the title, “The Queen of Soul” — with songs such as “Think,” “Spanish Harlem,” “Chain of Fools,” and “(You Make Me Feel Like) a Natural Woman.”

Meanwhile, Franklin has a connection of her own to Beyoncé.

Back in 2014, Franklin covered one of the Destiny Child singer’s songs on her album, Aretha Franklin Sings the Great Diva Classics.

“I heard she was a fan of mine, so we’ve got a mutual admiration society going,” Franklin told Meredith Vieira during a visit to her talk show at the time.

“She’s a hard worker. That’s what I really like about her,” Franklin added. “You can see it in her presentation that she has put some time and energy into it. She’s a Virgo. Virgos are very hard workers, I’ve noticed that.”

PEOPLE reported on Monday that Franklin was in a health crisis, with a friend of the artist explaining that the singer has “been ill for a long time” and her loved ones have been warned her “death is imminent.”

Later in the day, Franklin’s nephew Tim told PEOPLE that his aunt was surrounded by her loved ones and resting at home. “She’s alert, laughing, teasing, able to recognize people,” Tim said. “Family is there with her. She’s home.”

“I saw her a week ago Friday and we talked for about 45 minutes to an hour. My brother was there on Saturday and she was alert, talking, laughing, joking” Tim continued. “She’s watching TV, so God forbid she sees all of this ‘Aretha’s dead,’ so I don’t want to dampen her spirits on that.”

Reports surfaced late on Sunday that Franklin was gravely ill, with Roger Friedman — a reporter with Showbiz 411 — breaking the news. Detroit news anchor Evrod Cassimy was also in touch with Franklin’s family.

“I am so saddened to report that the Queen of Soul and my good friend, Aretha Franklin is gravely ill,” Cassimy wrote on Twitter. “I spoke with her family members this morning. She is asking for your prayers at this time. I’ll have more details as I’m allowed to release.”

CNN also reported late Monday that the legendary singer is in hospice care.

Tim told PEOPLE that while the singer “is sick,” her family is “trying to keep her spirits up and go from there.” 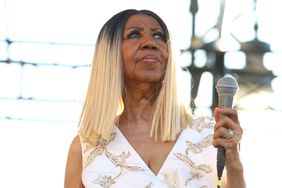 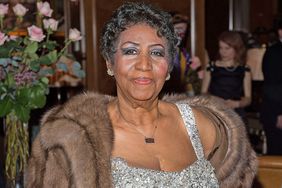 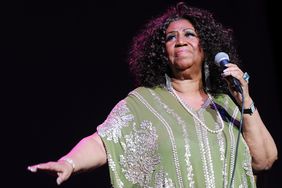 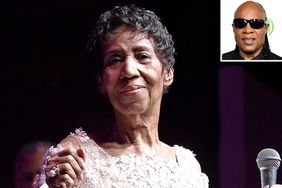 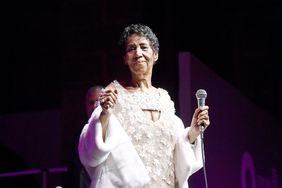