The Backstreet Boys Just Performed a Clucking-Only Version of 'Everybody' — in Chicken Suits!

Everybody, bawk your body!

On Thursday’s episode of The Tonight Show Starring Jimmy Fallon, the Backstreet Boys treated their fans to a very unusual performance, wherein the five singers donned fluffy chicken suits, christened themselves “Bawkstreet Boys” and performed one of their biggest hits — in chicken noises.

“Here to perform an all-clucking version of ‘Everybody’ by the Backstreet Boys, please welcome the Bawkstreet Boys,” announcer Steve Higgins told the crowd, as the camera panned to reveal the boy band’s new look.

Miraculously without bursting into laughter, the group, who were joined for the performance by Fallon, sang their hearts out — going through the entire tune using only the chicken sound “bawk” — and even whipped out some impassioned chicken choreography.

While leaving the show’s studio in New York City, Fallon and the group also poked fun at one of the eternal questions that has stumped mankind for generations: why did the chicken cross the road?

Although they couldn’t think of a real answer to cross the road, the group found themselves compelled to undertake the task with great sincerity and care, before turning back around to do it all over again — just because!

Besides promoting their skills as chicken impersonators, the Backstreet Boys were also celebrating their new album, DNA, which was released Friday.

“Our brand new album, DNA, is now available everywhere!” the group wrote on the band’s official Instagram account. “BSB is in our DNA, just like it’s in all of yours,” the group wrote on Instagram. “We have been a group for more than 25 years and this is our favorite album… ever. Listen, watch, share #BSBDNA 🖤.”

In November, the band dropped their new single, “Chances,” written by Ryan Tedder and Shawn Mendes, and announced their upcoming album and DNA World Tour, which will be the group’s biggest arena tour in 18 years. They have since released three other songs on the album.

The tour will begin in May after their 14-month Las Vegas residency Backstreet Boys: Larger Than Life comes to an end in April. It will kick off in Portugal on May 11, touch down in Europe, and then head to the States until mid-September. Tickets are currently available here.

“We are stoked to finally be here again gearing up for a new album, new tour, and brand new single,” McLean previously told PEOPLE. “There are so many amazing things we have up our sleeves. It’s really nice to see the actual payday when we’ve been busting our butt in the studio. We’ve been working on this record for quite some time now, it’s finally about to be sooner or later presented to the world.”

RELATED VIDEO: Lance Bass Reveals What It Was Like Jumping on Stage With Former Rivals the Backstreet Boys!

The “Larger Than Life” hitmakers, who recently celebrated 25 years together, said they could not feel more grateful for this new chapter.

“For a group like us to still be here 25 years later is a huge testament to the music and a huge testament to our fans — the most loyal fans in the world sticking with us the entire time and they continue to push us to strive and be better,” McLean said.

The group also scored a 2019 Grammy Award nomination for their single “Don’t Go Breaking My Heart” in the best pop duo/group performance category. 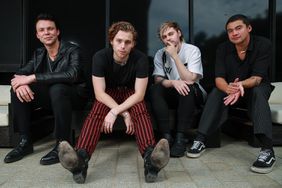 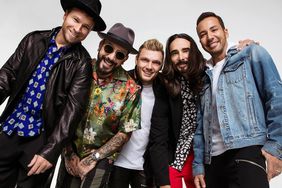 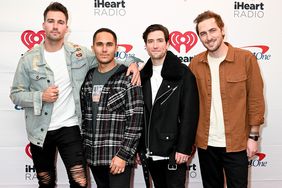