The Backstreet Boys are being put on the hot, hot, hot seat.

In a confessional video shared exclusively with PEOPLE, band members Nick Carter, Kevin Richardson, Brian Littrell, AJ McLean and Howie Dorough answer a series of rapid-fire questions beginning with who has the best moves of the group — and they all answer by saying, “Me.”

When it comes to who the chronically late one of the group is, they unanimously vote it’s Richardson.

Along with being named the one who is always late, Richardson is given the title of deepest sleeper by another unanimous vote.

In yet another unanimous decision, it’s determined that the biggest jock of the group is Littrell.

“The best athlete all around is definitely Brian,” McLean, 40, said. “It really upsets me how good he is at every damn sport.”

Determining which band member has the messiest room, on the other hand, turned out to be a toss-up between McLean and Carter, 38, but with McLean taking a slight edge with more votes.

McLean is also given the most votes when they’re all asked to reveal who the biggest blabbermouth of the group is.

“AJ, he won’t shut up,” Carter said. Dorough agreed: “He can talk the balls off a brass monkey.”

RELATED VIDEO: Backstreet Boys to Family Men! The Iconic Boyband Opens Up About Their ‘Daddy Daycare’ Life on the Road with 8 Kids

While most of the group thinks it’s McLean, Littrell admitted he thinks it might be him. “I might take credit for that one,” he said.

Richardson and Littrell agreed that it’s McLean, and as Richardson put it: “He knows what he wants immediately.”

In November, the band released their new single, “Chances,” written by Ryan Tedder and Shawn Mendes, announced their upcoming album, titled DNA, and the DNA World Tour, which will be the group’s biggest arena tour in 18 years.

Their album is set to be released on Jan. 25, and the tour will begin in May after their 14-month Las Vegas residency Backstreet Boys: Larger Than Life comes to an end in April. The tour, which will kick off in Portugal on May 11, will touch down in Europe and then head to the States until mid-September. Tickets are currently available here.

“We are stoked to finally be here again gearing up for a new album, new tour, and brand new single,” McLean previously told PEOPLE. “There are so many amazing things we have up our sleeves. It’s really nice to see the actual payday when we’ve been busting our butt in the studio. We’ve been working on this record for quite some time now, it’s finally about to be sooner or later presented to the world.”

The “Larger Than Life” hitmakers, who recently celebrated 25 years together, said they could not feel more grateful for this new chapter.

“For a group like us to still be here 25 years later is a huge testament to the music and a huge testament to our fans — the most loyal fans in the world sticking with us the entire time and they continue to push us to strive and be better,” McLean said.

“We’re always trying to set new goals for ourselves. I know going into this tenth album that we set that goal to be able to put up a massive tour, especially coming off the heels of such a huge show in Las Vegas. To be able to one-up that or at least have something that’s so different from Las Vegas but still of that type of magnitude would be a dream. Here we are about to go into pre-production for exactly that, which has been amazing. It really is a dream come true. We are blessed.”

At the 2019 Grammy Awards airing Feb. 10, the group’s single “Don't Go Breaking My Heart” is nominated in the Best Pop Duo/Group Performance category. 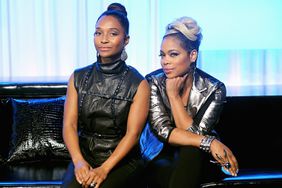