Avicii 'Hated Being a Celebrity' and Had 'Aged Significantly' Over the Last Few Years: Friends

Despite his success on the charts, Avicii wasn't comfortable with the celebrity lifestyle

Despite his success on the charts, Avicii wasn’t comfortable with the celebrity lifestyle.

“He was totally thrown into this. All he wanted was to make beautiful music,” deejay Laidback Luke — who mentored the late musician (born Tim Bergling) when he was a teen — tells PEOPLE. “2015 was the last time I saw him face to face, and I remember there wasn’t much Tim left. Tim looked to me kind of like a zombie. He had aged significantly. When I saw him perform, it was as if he wasn’t in touch with life anymore.”

Another friend describes Avicii — who was found dead at 28 years old on Friday in Oman — as the “nicest, most generous and hardworking guy” who had a deep “passion for creating music.”

“He was extremely talented. He was always very honest about how he hated being a celebrity,” says the pal, who first befriended Avicii in the early years of his success. “It was very difficult for him emotionally. He was never comfortable being in a social spotlight.”

Avicii’s Body Will Be Flown Home to Sweden This Week: His Family ‘Are All Completely Devastated’

Indeed, another source close to the late entertainer explains that “Tim was Avicii, but Avicii was never Tim. He was sweet, sensitive and like a guy that didn’t want to be at the party, let alone the reason people were there.”

“Parties, the scene, leeches instead of friends … it was all too much for his sensitive soul,” continues the source. “He wanted to watch movies all night, not party all night. It’s like he didn’t know who he was without his career, but his career was killing him — literally.”

Laidback Luke first met Avicii when he was just 16 years old, and the producer was especially impressed by his protégé’s work ethic.

“The Tim I knew was very eager, very excited. He just wanted someone to hear his music,” says Laidback Luke. “I was quite strict on him trying to give him proper direction and the right production tips. He was always very open to critique and eager to improve himself. It became quite clear he was really good with melodies and coming up with these little packages of emotions regarding his music.”

Prior to his death, the star retired from touring in 2016, after having spent years pushing himself through a grueling workload and suffering from ongoing health problems, including acute pancreatitis, an inflammation of the pancreas that doctors attributed to heavy drinking.

Explaining why the deejay “turned to alcohol,” Avicii’s friend explains it made “his social life easier.”

“At a certain point, he got an anxiety for performing,” adds Laidback Luke. “But it’s hard for people to imagine because for a lot of people, it’s their dream. But say you have an anxiety for snakes or are scared of heights and every single night you need to jump off a building, or every single night you need to face a room with snakes. You can see how that could influence someone’s health.”

Avicii previously admitted to GQ that he drank as a way to cope with his anxiety. “I just got into a habit, because you rely on that encouragement and self-confidence you get from alcohol, and then you get dependent on it,” he told the publication in 2013.

But there was one part about the music superstar’s fame that gave him a profound sense of pleasure: being able to “donate money to causes he believed in.”

“One of the things that he liked about making money, was that he could donate money to causes he believed in,” the deejay’s friend tells PEOPLE. “In the beginning, he was embarrassed about all the money he was making, but he felt very happy about being able to donate money. He was extremely generous in so many ways.”

“It’s incredibly sad that he is gone. His family is still in shock,” the insider adds.

Avicii Remembered by Thousands at Coachella in the Wake of His Death: ‘We’ll Miss You,’ Said Kygo

After the deejay was found on Friday in Muscat, Oman, the Muscat Hills Resort released a statement saying Avicii seemed “to be in good spirits” before his death.

“As Muscat Hills Resort, we have been receiving excessive amount of calls and messages with regards to the unfortunate death of Mr. Tim Bergling, also known as Avicii,” a spokesperson for the resort said in a statement obtained by PEOPLE.

“Due to privacy reasons, we are unable to provide details with regards to any of our guest’s visit or stay. However, all we can confirm is that Avicii did visit Muscat Hills Resort and throughout his visit he was extremely kind to all our staff and acted like any of our regular guests,” the spokesperson continued.

“Avicii definitely did seem to be in good spirits while enjoying his time and he was also very friendly with everyone. As much as we enjoyed his company here at Muscat Hills Resort, we are extremely sad to hear and read all the recent news and therefore we would like to express our sincere condolences to his family, friends and all his fans,” the spokesperson continued, adding that the resort “will be dedicating our coming Beats by the Beach party on April 27 in memory of Avicii and have our Bay Lights on throughout the night to keep his spirit.”

Although a cause of death has yet to be released regarding the deejay’s death, the Royal Oman Police told CNN they had ruled out any suspicion of foul play.

“Two postmortems were carried out … and we can confirm that there is no criminal suspicion in the death,” authorities told the outlet.

Police previously confirmed to PEOPLE that Avicii’s body will be flown home to Sweden this week. 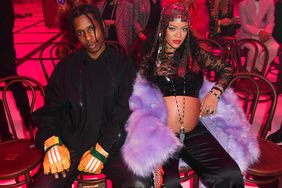 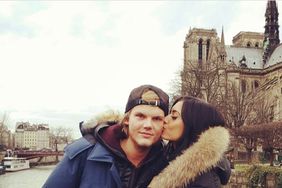 Avicii's Ex-Girlfriend Pens Note to Late Deejay: 'Thank You for Showing Me What True Love Feels Like' 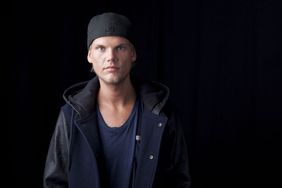