"I want to be as present as I possibly can within their life," August Alsina tells PEOPLE of his three nieces, whom he became the guardian of in 2018

August Alsina couldn't be prouder of his three "naughters," or niece-daughters.

In 2018, the 27-year-old R&B singer stepped in as legal guardian of his nieces Chaylin, 14, Amaiya, 13, and Kayden, 11, after their mother Chandra — who had been engaged to his late brother Melvin — died from cancer on Christmas Day. (Melvin was shot to death in New Orleans in 2010; his murder is still unresolved.)

"They are beautiful kids with beautiful energy," Alsina tells PEOPLE in this week's issue of PEOPLE, on newsstands Friday. "I'm excited to see life unfold for them, and I want to be as present as I possibly can within their life while still being able to show them what it looks like to have a career."

"It was to the point of delusion," he says. "I was just like, 'No way, ain't no way that's going to happen.' I remember my sister asking me, 'Would you take custody?' I'm like, 'Of course I will. But there's no way you're going to die.'"

"As she was making plans to leave this earth, she texted me, 'All this time you've been running from being a parent, from having kids, and now you're forced to,'" he continues. "I'm like, 'I just play the cards that life deals me, and I'll figure everything out.' She said, 'You always do.' And she went to sleep and that was that."

With Melvin and Chandra both gone, Alsina says he is forced "to put away as much of your childish behavior as you can."

His nieces are featured prominently in his documentary, State of EMERGEncy: The Rise of August Alsina, which was released simultaneously with his studio album of the same name in June.

"One thing that will forever be inevitable in this life is pain," he adds. "It's just about how you deal with it."

As he balances parenthood and his career, while also battling the rare autoimmune disease Guillain-Barré syndrome, Alsina admits that sometimes "it's a lot."

"But I really do try to see the best in every situation and learn the lesson from every test," he says. "I would definitely be lying to you if I told you, 'Oh, this is how I deal with it.' I'm still in the process of uprooting my life and letting go of old situations."

One of those situations is his highly-publicized "entanglement" with Jada Pinkett Smith. Although they started out as friends after meeting in 2015 at her children Jaden and Willow's concert in London, their relationship eventually turned romantic while Pinkett Smith and husband Will Smith were on a temporary break.

In June, Alsina told radio host Angela Yee he "truly and really, really, deeply loved" Pinkett Smith, 48. After he and Pinkett Smith broke up, Alsina kept quiet about their romance.

He knew he could no longer remain silent though as rumors that he had had an affair with Pinkett Smith started to affect his career, especially with his three nieces under his care.

"I never really cared about what people thought of me, but my personal life started to seep into my business life," he says. "There were certain falsities about me, and it affected my business relationships. I got three kids to look after. Kill me, hate me, stone me, but bury me an honest man.”

Currently single and still receiving treatment for his autoimmune disease, Alsina says he's made peace with the cards life has dealt.

For all the details on August Alsina's journey, pick up the latest issue of PEOPLE, on newsstands Friday. 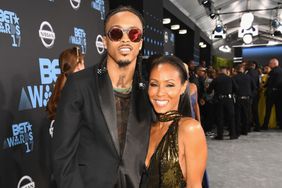 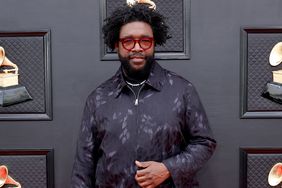