"His jail stay in Sweden was such a nightmare," a source tells PEOPLE about A$AP Rocky

A$AP Rocky wanted to express his gratitude to Kanye West and Kim Kardashian West for their part in his release from jail in Sweden.

The rapper, 30, attended West’s Sunday Service to thank the couple for getting involved in his legal case after he was arrested following a street altercation, resulting in him spending a month in Swedish custody.

“He wanted to thank Kanye and Kim in person,” a Keeping Up with the Kardashians source tells PEOPLE.

“His jail stay in Sweden was such a nightmare. He is very grateful to everyone that got involved and tried to get him released,” the source says.

Video clips from this week’s service shared to social media showed the star chatting and laughing with A$AP Ferg, 30, and Kendall Jenner, 23, to whom he was briefly romantically linked in 2017.

A$AP Rocky, born Rakim Mayers, pleaded not guilty in court after he was arrested in Stockholm on July 2 for suspected assault, along with three others who were involved in the incident. On July 5, a spokesperson from the Stockholm Prosecutor’s Office told PEOPLE that A$AP Rocky would be detained for two weeks while “the prosecutor can gather evidence and look into the case a little further.”

On Friday, he underwent the final day of his high-profile assault trial and was released pending the judge’s ruling, which is expected to be announced Aug. 14. Then, the musician arrived in the U.S. on Saturday morning after taking a flight straight from Stockholm District Court. He was photographed with a large grin on his face as he exited a private jet he’d taken overnight from the Stockholm Arlanda Airport.

His return to the States came after the Wests made attempts to help free their friend, using their connections to the White House to appeal to President Donald Trump amid the star’s arrest and legal investigation.

A source previously told PEOPLE how Kardashian West, 38, “really brought [A$AP Rocky’s case] to the forefront” of the president’s agenda after recruiting his son-in-law and senior advisor Jared Kushner to help following her previous work with the White House on criminal justice reform.

Kushner brought the rapper’s legal case to the president, who agreed that “something just needed to be checked to make sure things were appropriate,” according to the source.

“Thank you @realDonaldTrump, @SecPompeo, Jared Kushner & everyone involved with the efforts to Free ASAP Rocky & his two friends. Your commitment to justice reform is so appreciated,” Kardashian West tweeted at the time.

A$AP Rocky Breaks Silence After Release from Swedish Jail: ‘This Has Been a Very Difficult Experience’

Shortly after the decision about his release was announced, A$AP Rocky shared a heartfelt note on Instagram thanking his fans for their support.

“Thank you from the bottom of my heart to all of my fans, friends and anyone across the globe who supported me during these last few weeks. I can’t begin to describe how grateful I am for all of you,“ he wrote. “This has been a very difficult and humbling experience. I want to thank the court for allowing me, Bladi and Thoto to return to our family and friends. Thanks again for all of the love and support.” 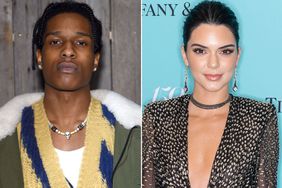 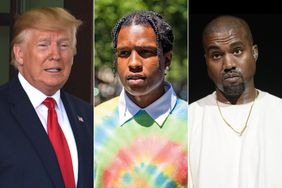 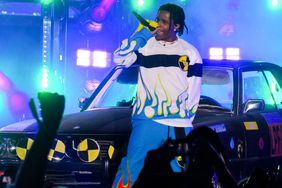 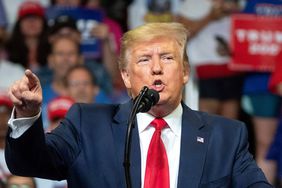 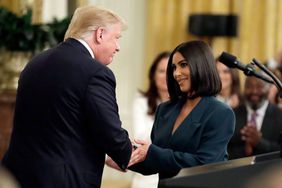 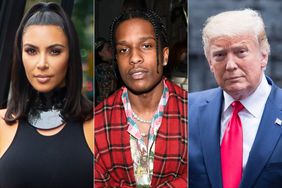