Despite the title of her latest smash hit, Ariana Grande isn't looking for a "next" — and that certainly applies to ex Ricky Alvarez

Despite the title of her latest smash hit, Ariana Grande isn’t looking for a “next” — and that certainly applies to ex Ricky Alvarez.

Rumors have been circulating that the pop star, 25, and her former backup dancer, 26, were rekindling their romance after they were recently spotted in New York City together and had a funny back-and-forth about the lyrics she dedicated to him in “Thank U, Next.” (The song references several of her exes, including Pete Davidson, the late Mac Miller and Big Sean.) But on Monday, Grande clarified: no way.

Jay Pharoah Says Pete Davidson Will ‘Be Fine’ After Ariana Grande Split: ‘Pete Is a Strong One’

When Alvarez posted a photo of himself sporting a mustard yellow sweater and a blond buzzcut, the singer commented on the post, “these colors are sick,” which prompted one fan account to ask, “WHATS ABOUT YOU AND ARIANA???? WE ALL WANT TO KNOW.”

Grande then replied directly to the question, insisting, “we’re friends everyone take a big ol breather” next to the black heart emoji.

Fans of Rickiana started to get excited in early November when they saw Alvarez hilariously react to “Thank U, Next” on his Instagram stories. The clip starts with Alvarez listening intensely to the track, and then the camera zooms in for a startling close up as Grande sings, “Wrote some songs about Ricky, now I listen and laugh.”

Shortly after, the ex got sincere by posting a text panel reading, “Nothing but gratitude,” with a black heart emoji. He even threw in a musical compliment: “Thank you, next… (those songs are fire tho… you’re welcome).”

The Nickelodeon alum saw the message and reshared it on her own Instagram Story — with some crucial commentary. “Oh for sure … ty next,”” she wrote. “HAHAHAHAHHAHAHAH IM SORRY U GOT THE WORST LINE. It was meant v lovingly.”

Ricky Alvarez Reacts to ‘Thank U, Next’ as Ex Ariana Grande Jokes ‘Sorry You Got the Worst Line’

Since the mild flirtation transpired, Grande has been open about not wanting to couple up with anyone any time soon. In a since-deleted tweet earlier this month, she wrote, “actually… i don’t want no ‘next,’ true love doesn’t exist. hope you’re having a great day!”

But it turned out her temporarily bleak outlook was nothing that a snack couldn’t fix. “true love might exist i was just hungry,” she tweeted later in a post that remains online.

Grande’s Twitter musings came one day after she dropped the “Thank U, Next” music video, which broke YouTube and Vevo’s record for most views within 24 hours.

To commemorate its release, she also described on Twitter day the song was born. “well …………. ‘twas a pretty rough day in nyc,” Grande wrote. “my friends took me to tiffany’s. we had too much champagne. i bought us all rings. it was very insane and funny … & on the way back to the stu njomza was like ‘bitch, this gotta be a song lol’. so we wrote it that afternoon.”

Barack Obama Shares His Favorite Music, Movies, Books of 2022: 'What Did I Miss?' 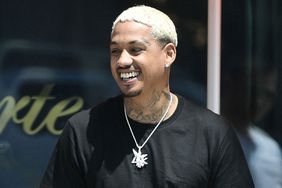 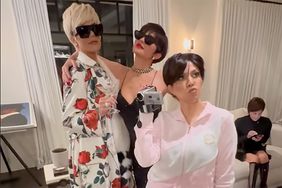 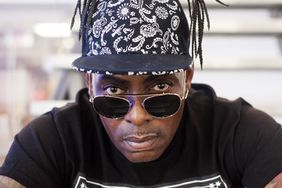 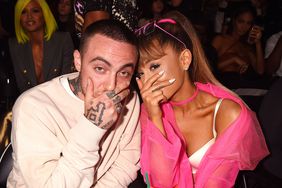