Ariana Grande Shares PDA Videos of Her Boyfriend Dalton Gomez on His Birthday: 'My Best Friend'

Ariana Grande and Dalton Gomez have been dating since January and are social distancing together in her L.A. home

Ariana Grande celebrated her boyfriend's birthday on Friday with her favorite videos and photos of the couple on Instagram. "hbd to my baby my best friend my fav part of all the days :) i love u," the singer, 27, wrote.

Grande, who celebrated her birthday in June by going Instagram official with their relationship, shared a series of videos, including two clips in which he sweetly kisses her cheek. In another, the pop star captured Gomez, who works as a Los Angeles-based realtor, trying to imitate John Wayne in a game of Heads Up.

Who Is Dalton Gomez? Everything to Know About Ariana Grande's New Boyfriend

In May, the couple made their first official appearance together in the music video for "Stuck with U," her duet with Justin Bieber.

In the video, which was filmed during quarantine, Grande and Gomez sweetly dance, twirl and hug as they flash big smiles at one another. He also showered his girlfriend with support for a promotional video she made for "Rain on Me," her chart-topping collaboration with Lady Gaga.

Grande and Gomez have been dating since January and are social distancing together in her L.A. home, a source previously to PEOPLE.

"Ariana is staying at home with friends. She is very serious about self-distancing and has been with the same group of people for days," the source said. "One of the people she is with right now is Dalton — they have been hanging out for a couple of months. Ariana doesn't want to do another public relationship so she is trying to keep this one quiet, but she seems very happy with Dalton."

An insider told PEOPLE in March that Grande was "very happy with" Gomez.

"Ariana doesn't want to do another public relationship so she is trying to keep this one quiet, but she seems very happy with Dalton," the insider said at the time. 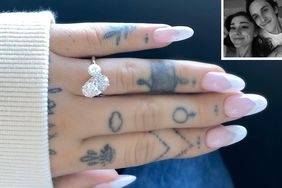 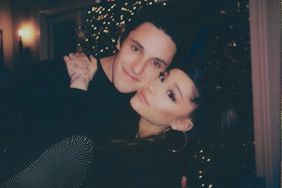 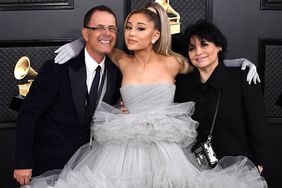 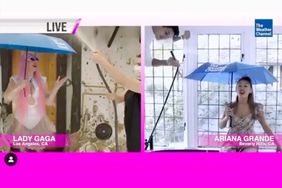 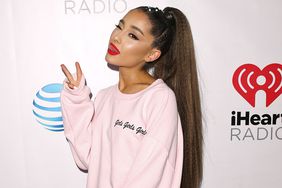