By the age of 28, Grande has achieved more than most will in a lifetime

In March, Grande announced that she will be joining The Voice as a coach for season 21. The star will be replacing Nick Jonas.

"surprise !!! i am beyond thrilled, honored, excited to be joining @kellyclarkson @johnlegend @blakeshelton next season ~ season 21 of @nbcthevoice! @nickjonas we will miss you," she tweeted.

Jonas shared his support in a tweet, writing, "Congrats@ArianaGrande! You're going to kill it next season! Welcome to the family."

Being Immortalized in Wax

Only the biggest celebrities have had the honor of getting a wax figure added to the famous Madame Tussauds. And in May, the singer received a new figure that was inspired by the outfit she wore in the "Rule the World" music video alongside rapper 2 Chainz. Fans can visit Grande's life-size wax figure in the A-list room along with other stars at the Hollywood Boulevard museum.

Soccer star Cristiano Ronaldo was the first person to ever reach 200 million on IG. He now sits at 303 million.

Becoming the Face of Givenchy

Grande revealed her new Givenchy campaign in July 2019 after announcing months earlier that she had been chosen as the face of the high fashion brand.

"It is a House I have forever admired and to now be part of that family is such an honor," she shared in a statement at the time.

Gracing the Cover of Vogue

The singer and her pup Toulouse landed the cover of Vogue's August 2019 issue. The story revealed how the star was coping after a devastating year of tragedies, including the death of ex-boyfriend rapper Mac Miller, the Manchester Terror attack and her short-lived engagement to SNL star Pete Davidson.

Earning 2 Grammys and Tons of Nominations

At 28, Grande has won two Grammys — best pop duo/group performance for "Rain on Me" with Lady Gaga and best pop vocal album for Sweetener — and has been nominated 12 times.

The star attended her first Met Gala in 2018, wearing a strapless Vera Wang ball gown featuring a painting of Michelangelo's "The Last Judgment," which can be found at the Sistine Chapel in Vatican City. Her look was styled by celebrity stylist Law Roach and was perfect for that year's theme, which was "Heavenly Bodies: Fashion and the Catholic Imagination."

Staying on the Billboard Charts

Her Grammy Award-winning album Sweetener shot to No. 1 on the Billboard 200 chart just one week after its release, and was streamed more than 125 million times — the largest streaming week ever for a female pop album, according to Billboard. It also spent 89 weeks on the charts.

Returning to the Stage Post-Pandemic

In May 2021, she joined The Weeknd to perform their remixed collaboration "Save Your Tears" at the iHeartRadio Music Awards. Weeks later, she was back at it, performing in a Hairspray-inspired sketch called "No Lockdowns Anymore" with James Corden on The Late Late Show.

Breaking a New Record for Most Views on YouTube

Grande released her smash hit "Thank U, Next" in 2018, following her split from Pete Davidson, and it broke YouTube and Vevo's record for most views within 24 hours. The video pays homage to iconic teen films Mean Girls, Bring It On, 13 Going On 30 and Legally Blonde. The song also hit No. 1 on Billboard and spent 28 weeks on the charts.

Becoming Billboard's Woman of the Year

She got emotional accepting the night's top award in 2018. Following a tough year, with the death of ex Mac Miller and her split from Pete Davidson, Grande aired her feelings during her acceptance speech.

"I want to say that I find it interesting that this has been one of the best years of my career and the worst of my life," she said.

Putting on the One Love Manchester Benefit Concert

After the deadly May 2017 terrorist attack that left 22 dead and 59 injured at Manchester Arena in the U.K. where Grande was performing a concert, the star vowed to come back to organize a benefit concert to honor and raise money for the victims and their families. She made it happen a month later and enlisted friends Miley Cyrus, Pharrell Williams, Little Mix, the Black Eyed Peas, Justin Bieber and more to play at her One Love Manchester show.

The star became the youngest act ever to headline the festival in 2019. She surprised fans by bringing out Nicki Minaj, Diddy and 'NSYNC, who reunited (minus Justin Timberlake) for a collab of Grande's "Break Up with Your Girlfriend, I'm Bored" — which samples an old 'NSYNC song, "It Makes Me Ill," from the 2000 album, No Strings Attached — as well as a remix of their 1997 classic, "Tearin' Up My Heart."

Grande is the fourth woman to ever headline Coachella, after Björk, Lady Gaga and Beyoncé.

The singer was tapped to perform at the Queen of Soul's funeral in 2018. She performed "(You Make Me Feel Like) A Natural Woman" and was joined by a star-studded list of performers that included Stevie Wonder, Faith Hill, Shirley Caesar, Chaka Khan, Jennifer Hudson, Yolanda Adams, Marvin Sapp and Vanessa Bell Armstrong.

In 2019, "7 Rings," "Break Up with Your Girlfriend, I'm Bored" and "Thank U, Next" sat at the top of the Hot 100, making Grande the first artist to hold the top three spots simultaneously since The Beatles in 1964.

Being an Advocate for Mental Health

The star got candid about how therapy changed her life while addressing a fan's jokey tweet (which has since been deleted by the user) inquiring about her therapist, writing, "in all honesty therapy has saved my life so many times."

"if you're afraid to ask for help, don't be. u don't have to be in constant pain & u can process trauma," she continued. "i've got a lot of work to do but it's a start to even be aware that it's possible."

Grande was the highest-paid female musician on Forbes' 2020 Celebrity 100 list. She was listed as being worth $72 million, beating out the Jonas Brothers ($68.5 million) and Taylor Swift ($63.5 million).

The singer got married to 25-year-old real estate agent Dalton Gomez on May 15, 2021, at the couple's home in Montecito, California.

"They got married," Grande's rep confirmed to PEOPLE exclusively at the time. "It was tiny and intimate — less than 20 people. The room was so happy and full of love. The couple and both families couldn't be happier."

Putting Out the Best-Selling Album of 2021

Chart Data announced in April that Positions is "now the best selling album by a female artist in the US this year by total units."

Grossing More Than $100 Million for Her Sweetener World Tour

In 2016, the then-23-year-old star took on the role of Penny Pingleton in NBC's live event of the movie–turned–broadway musical, alongside Kristin Chenoweth (Velma von Tussle) and Jennifer Hudson (Motormouth Maybelle).

Becoming a Top Streaming Artist of the Decade

Being Part of TIME's 100 Most Influential People

Troye Sivan called the singer "the biggest artist in the world" in his write-up for Grande's spot on TIME's 100 Most Influential People list of 2019.

Winning iHeart's Artist of the Year

Donating to Planned Parenthood During a Critical Time

Amid a wave of anti-abortion laws in several southern states, including Georgia, in June 2019, Grande decided to donate the proceeds from her June 8 Atlanta concert to Planned Parenthood. The donation was around $250,000, PEOPLE confirmed at the time.

"Thanks to inspiring support like hers, Planned Parenthood can continue to fight back — in the courts, in Congress, in state houses, and in the streets — against these dangerous attacks on people's health and lives. We are so grateful to Ariana for her longstanding commitment to supporting women's rights and standing with Planned Parenthood to defend access to reproductive health care. We won't stop fighting — no matter what."

Performing the Title Track for a Disney Classic 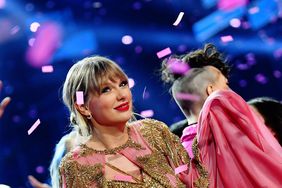 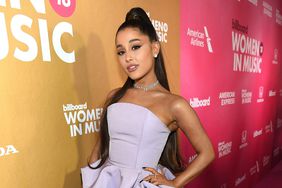