Ariana Grande and Kelly Clarkson are putting their game faces on.

The two stars and their fellow Voice coaches John Legend and Blake Shelton appear in the upcoming sneak episode of Jimmy Fallon's new NBC variety game show That's My Jam — and PEOPLE has an exclusive first look of them going head-to-head during a round of "Mixtape Medley Showdown."

In the clip, Grande, 28, and Clarkson, 39, are tasked with singing a medley of all-time classic hits given to them by a wheel at random. Grande has to sing songs including Britney Spears' "Oops!...I Did It Again," Cher's "Believe," Whitney Houston's "How Will I Know" and Céline Dion's "It's All Coming Back to Me Now," while Clarkson has to sing Shania Twain's "Any Man of Mine," Alanis Morissette's "You Oughta Know" and Toni Braxton's "Un-Break My Heart."

The winner will be revealed when the entire episode airs on Monday, Nov. 29, immediately after The Voice live show ends at 10 p.m. ET. That's My Jam then will premiere in its regular time slot on Monday, Jan. 3, at 9 p.m. ET on NBC.

Each episode of That's My Jam will feature two teams of two celebrities competing for a charity of their choice in a series of music, dance and trivia-based games and musical performances inspired by Fallon's most popular Tonight Show games.

In addition to "Mixtape Medley Showdown," games will include "Launch the Mic," "Air Guitar," "Don't Drop the Beat," "Perfect Mash-Up," "Wheel of Impossible Karaoke," "Slay It, Don't Spray It" and more.

"We love playing these games on the show, and it'll be fun to see it taken to the next level," Fallon previously said in a statement.

Along with working alongside each other on the current season 21 of The Voice, Grande and Clarkson will also team up for Clarkson's upcoming holiday spectacular Kelly Clarkson Presents: When Christmas Comes Around airing Wednesday, Dec. 1, at 10 p.m. ET on NBC.

"People celebrate the holidays in different ways and that is the inspiration behind the original songs and the curated classics that are featured in this special," Clarkson said in a statement earlier this month. "No matter what your heart is feeling this holiday season, I hope that this hour brings you joy and happiness exactly where you are." 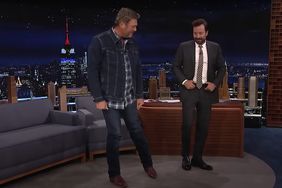 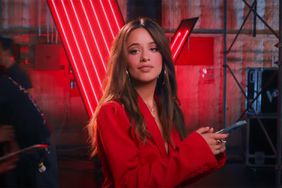 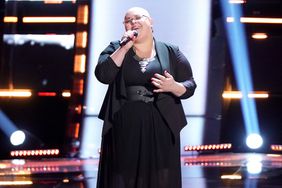