Ariana Grande is taking it back to the 1990s.

The "Thank U, Next" singer, 28, came dressed and ready for "90s Week" during the semi-finals of The Voice on Monday, donning a bubblegum pink strapless crop top with pink rhinestone detailing, high-waisted white bell bottoms with pink detailing at the knees, and chunky white platform boots.

The first-time coach on the hit singing competition wore her hair in her signature high ponytail and completed her '90s-inspired look with winged eyeliner, soft pink eyeshadow, and a glossy pink lip.

If Grande's cool-girl ensemble looks familiar, it's likely because Britney Spears — one of the biggest music icons of '90s and beyond — rocked a similar style in 1999.

This isn't the first time that Grande has paid tribute to a pop culture moment on The Voice this season. In honor of the first live shows, which took place earlier in November, the former Victorious star channeled Jennifer Garner's character Jenna Rink in 13 Going on 30, wearing the iconic multi-colored Versace dress from the "Thriller" dance scene.

Grande also paid tribute to the film in her 2018 music video for her hit song "Thank U, Next," recreating the scene toward the end in which Garner's character cries over her dollhouse.

"I was actually DM'ing with Ms. Grande," Garner, 49, told PEOPLE at the time. "What a dear sweet person, she is. A beauty. She looks so beautiful in the dress."

In November, members of Team Ariana spoke to PEOPLE about what it's like to have Grande coach them through The Voice this season. Sasha Allen, who sings in a duo with his father, Jim, and performed in Monday night's semi-finals, couldn't stop gushing about his experience with the Grammy Award-winning singer, saying that he "can't put into words the way she cares about us."

"It's all so comfortable with her," he shared. "She's so incredibly caring about our vocal health, our song choices and our experiences in life. She's also so hilarious, and she's so much fun to be around. I think all of team Ariana can agree that we are so, so lucky that she turned for us and that we chose her, 'cause she's a phenomenal person." 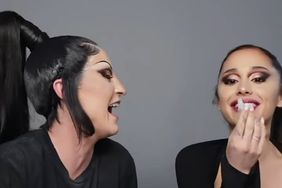 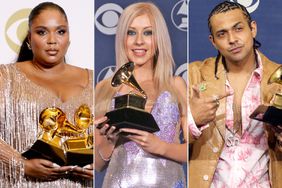