With more than 2.8 million peak concurrent viewers, the concert was one of the biggest musical live stream performances of all-time as well as the largest simultaneous audience for a classical live stream ever on YouTube.

Since first premiering on YouTube, the performance has been viewed more than 35 million times, including 28 million in the first 24 hours.

“I am moved and delighted to have received such an overwhelming reaction, that has gone beyond our highest expectations,” Bocelli said in a statement. “For an artist, yesterday’s event is the reason for the sacrifices of a lifetime; for a believer and a Catholic as I am, it was further confirmation of the benevolent smile with which the Heavenly Father looks to his children.”

The coronavirus pandemic has prompted shutdowns of large gatherings — including places of worship — leaving many to spend Easter in their own homes and turn to virtual means of celebrating the holiday.

“Music has the power to unite communities from around the world in the most unique and momentous ways. In such an unprecedented time, it’s critical we rally together and continue connecting through music,” Lyor Cohen, YouTube’s Global Head of Music, said.

Bocelli’s 30-minute concert was accompanied only by an organist, which he abandoned for his emotional final performance of “Amazing Grace.” After exiting the cathedral, he sang the first verse of the song unaccompanied in the abandoned Milan plaza, usually bustling with people.

“It was an immeasurable honor and privilege to lend my voice to the prayers of millions of people, gathered in a single embrace – a small, great miracle of which the whole world was the protagonist and which confirms my optimism about the future of our planet,” Bocelli said. “Thanks to everyone who worked in the shadows for weeks, from management to the record label, and especially to all of those who have shared this moment with us, to stay truly united.” 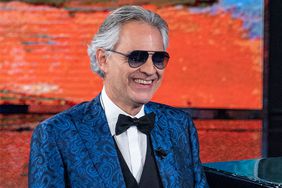 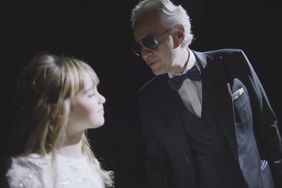 Andrea Bocelli and Daughter Virginia Star in Trailer for His Christmas Concert: How to Watch 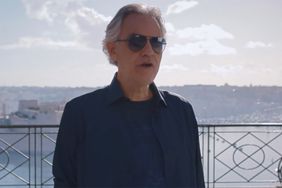