"I'm looking forward to the opportunity to offer an understanding of her roots and a deeper insight into the real Amy," Janis Winehouse said, according to the BBC

On Wednesday, the BBC announced that Janis Winehouse will be sharing her daughter's story in a documentary — titled Amy Winehouse: 10 Years On — to mark the 10th anniversary of her death, as the star's mother battles multiple sclerosis.

"I don't feel the world knew the true Amy, the one I brought up," she said in a press release, per the BBC. "I'm looking forward to the opportunity to offer an understanding of her roots and a deeper insight into the real Amy."

Janis is sharing her daughter's story in the film as her deteriorating disease — with which she was diagnosed in 2003 — "threatens to strip her of her memories of Amy," BBC reported.

The film will include interviews with Winehouse's friends and family and follows Janis' 2014 book Loving Amy: A Mother's Story where she wrote, "I worry about the day when Amy stops being alive in my head and in my heart. I don't want that day ever to come."

Winehouse died on July 23, 2011 of "alcohol toxicity" when she was just 27. The new film comes six years after the release of Oscar-winning documentary Amy.

Along with the new film, BBC is set to release a three-CD compilation of her performances at the BBC.

In a recent interview, Lana Del Rey opened up about how much Winehouse's death affected her.

"They told me [my apartment] was on Camden Road near where Amy Winehouse used to play at the Roundhouse and I loved Amy. I loved Amy," she said.

"I had 10 seconds of the most elated feeling and then the news [was] everywhere. On all the televisions, [it was announced] that Amy had died on her front steps and I was like no. No!'" she recalled. "Everyone was watching mesmerized, but I personally felt like I didn't even want to sing anymore." 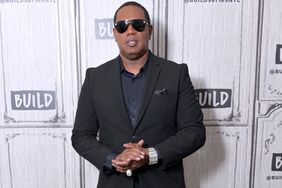 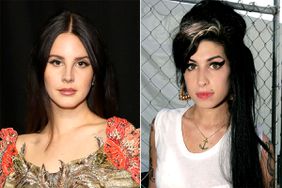