'America's Got Talent' 's Grace VanderWaal on Recording Her New EP: 'It Was the Best Experience of My Life!'

Grace VanderWaal moves fast. She won the 11th season of America’s Got Talent in mid-September, and now she’s already recorded an EP!

The 12-year-old released the five-song Perfectly Imperfect Friday, and it’s safe to say that she’s pretty stoked about it. “It was so exciting to watch all the songs develop,” she tells PEOPLE of her time in the studio. “It was the best experience of my life! It was really cool to see how everything works.”

The EP features VanderWaal’s AGT audition song “I Don’t Know My Name” — the same one that made judge Howie Mandel hit the golden buzzer and send her all the way to the live shows. The inclusion of the song brings the whole experience full circle for VanderWaal. “We told everyone that I was releasing my EP the same day I auditioned for America’s Got Talent last year. I always wonder what I would think if I could go back and tell myself that I’m doing this right now.”

For the EP’s name, the young singer took a cue from one of her favorite music acts. “I was really inspired by Ingrid Michelson‘s album name It Doesn’t Have to Make Sense,” she says. “[My title] became what it is because it’s about loving your flaws.”

Becoming a professional recording artist isn’t the only way her life’s changed since winning: she also had to transfer to online school.

“I don’t like online school—it’s really hard!” she admits. “I think it’s because I’m not used to it yet. I miss school a lot, though. It’s like you hate it until you don’t have it. I absolutely hated going to school and now that I don’t have it, I realized that I loved not liking school.”

Perfectly Imperfect is out now. 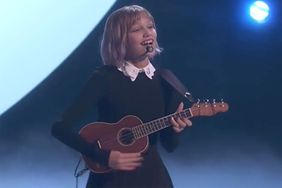 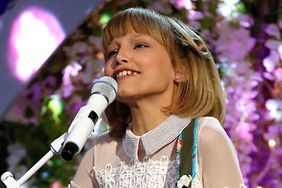 WATCH: Grace Vanderwaal Sings Her Heart Out to Original Song 'Clay' on 'America's Got Talent' Finals 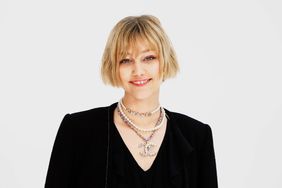 All About Disney+'s 'Stargirl' Grace VanderWaal: From Winning 'America's Got Talent' to Her First Film 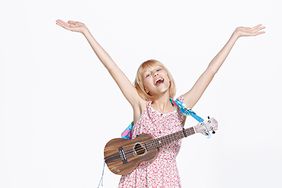