Is Katy Perry your next American Idol?

In an exclusive clip from Sunday’s episode of the hit singing competition show, the newly engaged singer, 33, puts her judging duties on hold to audition for fellow judges Luke Bryan and Lionel Richie. But before she gets to the actual singing part, she can’t help but give a subtle (and loving!) diss to one of her own.

“Hi, my name is Katy Perry and I transcend time and space as far as age goes,” Perry says, while wearing a full denim outfit paired with a vintage Lionel Richie T-shirt.

“He’s from a long time ago though,” she quips. “We’ll edit that part out,” adds Richie.

While there’s already been plenty of laughs so far, this new season has brought all the heartwarming feels as well.

During Sunday’s episode, Richie was brought to tears after hearing the story of 17-year-old Virginia native, Shayy, who became legally blind one year ago.

“A year ago I started complaining to my mother about not being able to see the white board,” Shayy said during Wednesday’s episode. “I was like, ‘Oh man I’m going to get glasses now.’ I went to [the doctor’s office] and she had done a bunch of tests on my eyes. She came back and was like, ‘You need to go to the ER now.’ I got dragged to my MRI and that’s when they found a tumor in my brain. One doctor was like, ‘Okay, Shayy, I’m going to try and save you from going blind. I was like, ‘What’d he just say?’”

She continued, “When I first came home from the hospital, I had come home and I couldn’t see everything. Once I got back into school that was the bad part. The kids were so cruel. They would call me names. They would kick my cane. They pushed me. I asked my mom at one point, ‘Why did that happen to me?’ But on the other side, I have people that have been really supportive and I have made new friends. There’s a whole other side to life that I never knew about. People are always going to say, ‘You can’t do this, you can’t do that.’ But you can do it. You got it!”

After her audition, Lionel tells the young singer: “You have wrecked me. You’re a lesson to us all. It’s the power of the spirit and you’re the reminder of just how blessed we are. I’m so in love with you.” 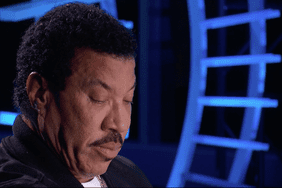 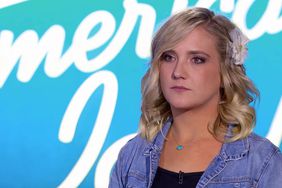