'American Idol' 's Ada Vox Opens Up About Embracing Who You Are: 'I'm Not Afraid to Hear the Hate'

When it comes to hurtful comments and negative people, Miss Ada Vox doesn’t have time for either.

In an exclusive interview with PEOPLE, the American Idol contestant — who was voted through in a surprise move Monday evening — opens up about auditioning for Idol and using hate as motivation to succeed while the world is watching.

“It’s been quite a journey,” Ada, 24, says. “If I had come back this time around and received this much hatred and hadn’t grown the way that I have, I could’ve been in some big trouble. But I’ve come a long way in the development of myself and as an entertainer.”

Continues Ada, “I have a much bigger skin this time around. I’m not afraid to hear the hate. It can bounce off of me and I can use it to build myself up.”

Also known as Adam Sanders when not in drag, Ada says, “Mr. Adam is the base of everything that I am. That’s just who I am and what I do every day of my life. Ms. Ada is kinda of the outer exterior, is a personification of the diva in Adam.”

With undeniable talent and powerful stage presence, Ada isn’t exactly new to the Idol routine. Having auditioned every season since the age of 16, Ada was persistent — but hit some bumps along the way.

“I was so emotionally broken down,” says the rising star. “It got me in the wrong state of mind. Through all of that, I found this inner part of myself that said that I was worth more, that there were people in the world who were experiencing the same things as me and that I wasn’t alone.”

Ada says that “it was in that time that I was like, ‘You know, I’ve seen these drag queens and people look up to them and admire them and what they do. So let me give it a shot.’ ”

It took time, though, for Ada to be fully realized — and thankfully so. Ada says, “I learned so much from that very first time and it gave me a sense of empowerment – like I can stand for something now and be something important for someone.”

Now, singing in front of judges Katy Perry, Lionel Richie and Luke Bryan, as well as millions of viewers, Ada says, “This has been my dream since I was a boy. It was one of those things that I was never able to let go of o many great things are going to come regardless of the outcome and I’m excited for the future that’s to come. It’s only up from here!”

American Idol airs on Sundays and Mondays at 8 p.m. EST on ABC. 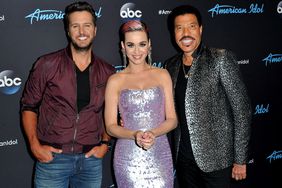 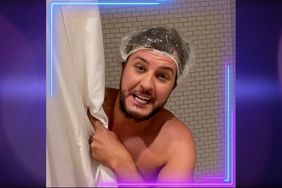