"It's just so special to have this recording, this beautiful moment captured in time," Amanda Kloots says of late husband Nick Cordero's album Live Your Life, which is eligible for a posthumous Grammy

Amanda Kloots is pushing for a posthumous Grammy Award for her late husband Nick Cordero.

The Talk co-host, 39, reflects on Cordero's final work, his one-man-show Live Your Life and the posthumous album of the same name, in a video for the Grammy's FYC campaign. (PEOPLE has an exclusive look!)

She and Live Your Life producer Michael J. Moritz Jr. recall the late Broadway actor's decision to make his own show, after starring in such shows as Rock of Ages, Bullets Over Broadway, Waitress and A Bronx Tale.

"After A Bronx Tale closed, he just was like, 'I want to do my own show. I want to do a one-man-show and have some of my original music in it, but also tell the story of who I am, my life and what brought me here,'" Kloots recounts in the video.

Cordero was joined onstage by friends and special guests Zach Braff, Kathryn Gallagher, Sara Chase and Drew Gehling. He also had ambitions of touring with the show, which he performed only twice before the COVID-19 pandemic shut down Broadway and the theater industry.

"When we were putting together the show, Nick just really had a story to tell, about his life and about his growing family and about Amanda, and he just wanted to tell that story through song," Moritz says. "It was just such a diverse grouping of songs, along with some of his original music as well. We closed the show with Nick's song 'Live Your Life.'"

Although Cordero never had a chance to record an album around the show like he wanted to, Moritz reached out to Kloots after his death to let her know they still had archival recordings from the show.

They put the songs together for the album Live Your Life, which dropped posthumously on Cordero's birthday in September 2020.

"I think what this album is so beautiful at is telling a story. You can listen to it from top to bottom and you understand who Nick is, why he did this, why he loved music, where he came from, the ups and downs of being an artist, of being a musician and being a creator," Kloots says. "And then, he finishes it with 'Live Your Life,' and I mean it's so poetic now."

Kloots has since found comfort in the album, which she frequently plays for her and Cordero's 2-year-old son Elvis Eduardo. "I was just floored at the time because there's just something so special about having someone's voice after they're gone," she adds.

"And it's so wonderful to listen to this album now, because feel like I play it in the car a lot, so I feel like Nick is in the car with me," Kloots explains. "And Elvis now knows his dad's voice because he hears it all the time and because we play it all the time. Now, Elvis adds in the things that Nick does, it's so cute. And it's just so special to have this recording, this beautiful moment captured in time."

Cordero died at age 41 on July 5, 2020, following 90 days in the hospital from COVID-19 complications, for which he previously underwent a medically induced coma and a leg amputation. 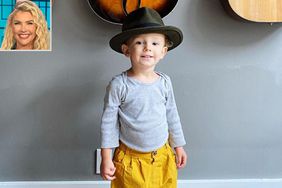 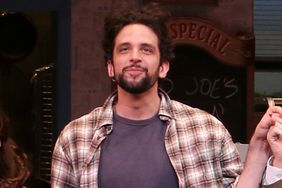