Alicia Keys just gave unaware Lyft riders the surprise of a lifetime in a new Undercover Lyft clip (shared exclusively with PEOPLE). The video follows Keys — disguised in sunglasses, a cap and a baggy plaid shirt — as she slowly reveals her identity to the clueless riders.

“Have you been dating or anything lately,” Keys asks one rider.

“I’ve actually been with my boyfriend for about five years,” the rider replies.

“Before I met my husband, I just kept falling in and out of love. I was actually worried there would be no one, no one, no one,” Keys replies, hinting at her hit song “No One.”

The singer also plugged her lead role at none other than the Grammy Awards.

“I’m going to spend the holidays with Grammys,” the 39-year-old tells multiple riders, hinting at her host role at this year (and last year’s) award show.

“Oh, my Grammys. Like your grandmas,” Keys replies hesitantly.

The rider then looks over and says, “Alicia. Just say it.”

With another rider named Chris, Keys sings “You Don’t Know My Name” as she removes her cap and glasses.

“You sound like Alicia Keys,” the rider says. “Isn’t she a piano player? She’s a really good piano player.”

“She’s good,” Keys replies. “I like her, because I am Alicia Keys and I’m driving you today.”

The video ends with Keys taking photos with the surprised riders, including one who hopped on with a ukulele.

“I rock with you heavy, especially because I’m nonbinary,” they say. “When you use your platform to say something positive, I felt that heavy.”

The video ends with Keys playing a small keyboard and the ukulele-playing rider performing a rap. “Fire!!” Keys says.

The partnership spotlights LyftUp, a new initiative with the ride-sharing app that helps expand transportation access to those who need it most.

“Undercover Lyft was too fun! I loved it! Such a beautiful experience,” Keys tells PEOPLE exclusively in a statement. “Lyft is all about connecting communities, and I loved getting the opportunity to connect with people in such a real and intimate way as a ‘driver.’ I’ve never had an experience like this! It lit me up!” 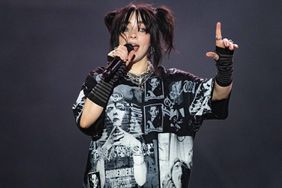 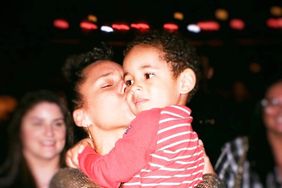 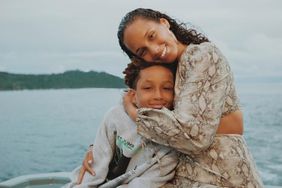 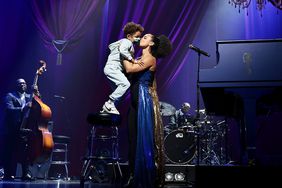