Aerosmith Responds to Joey Kramer's Lawsuit, Says Would Be a 'Disservice' If He Performed at Grammys

Just days before the Grammys, Joey Kramer filed a lawsuit claiming he's been frozen out from Aerosmith

Ahead of a milestone weekend for Aerosmith, drummer Joey Kramer has filed a lawsuit claiming he’s being blocked from performing with his band at the Grammys.

According to court documents obtained by PEOPLE, the musician — who filed the suit late last week — claims he was unfairly asked to audition for the band following “minor injuries” last spring that rendered him “unable to perform several concerts.”

Aerosmith is set to be honored at the 2020 MusiCares Person of the Year tribute and perform at the Grammys on Sunday.

Kramer claims in the suit that he had recovered by fall of 2019 and was “willing and able to return to Aerosmith” for their residency shows in November and December, but was asked by the band (Steven Tyler, Joe Perry, Tom Hamilton and Brad Whitford) to prove he was “able to play at an appropriate level.”

He adds in the suit that the stress stemming from the situation led to a November hospitalization that caused his audition to be delayed.

Though Kramer says he eventually did audition earlier this month, he was told he “did not have enough ‘energy'” in the demo recording he sent over and is now in a near “freeze-out” from Aerosmith.

Tyler, Perry, Whitford and Hamilton responded to Kramer’s suit in a statement to PEOPLE, saying: “Joey Kramer is our brother; his wellbeing is of paramount importance to us. However he has not been emotionally and physically able to perform with the band, by his own admission, for the last 6 months. We have missed him and have encouraged him to rejoin us to play many times but apparently he has not felt ready to do so.”

The statement continues: “Joey has now waited until the last moment to accept our invitation, when we unfortunately have no time for necessary rehearsals during Grammys week. We would be doing a disservice to him, to ourselves and to our fans to have him play without adequate time to prepare and rehearse. Compounding this, he chose to file a lawsuit on the Friday night of the holiday weekend preceding the Grammys with total disregard for what is our limited window to prepare to perform these important events. Given his decisions he is unfortunately unable to perform but of course we have invited him to be with us for both the Grammys and our MusiCares honor. We are bonded together by much more than our time on stage.”

A source close to the band confirms to PEOPLE that Kramer indeed had to “test” for Aerosmith’s performances this week, but says it was a result of the drummer failing to attend multiple planned rehearsals.

“They had been inviting him to come back for the last six months since he’s been away for whatever medical situation he’s been dealing with,” says the source. “He said ‘Yes, I’ll come and rehearse’ and kept not showing up. On the eve of the Grammys and MusiCares, he wanted to be back.”

According to the source, the band felt Kramer “wasn’t capable” of performing at a level their fans were used to after listening to his demo.

“They all got on the phone with him after they heard the demo and talked it through with him,” says the source. “They voted as a band, which they do with every decision, and it was four to one.”

While Aerosmith felt he wasn’t ready to perform this coming weekend, they did want Kramer by their side at the event, adds the source.

“They said ‘Please come to MusiCares and Grammys. We’ll take photos and celebrate. You’re our brother,'” says the source. “They just don’t want to risk a performance because he hasn’t been with them in six months.”

However, Kramer says in a statement that “being prohibited from playing with a band that I have given 50 years of my life to supporting, is beyond devastating.”

“The fact that I would be asked to audition for my own job, demonstrate that I can play at ‘an appropriate level’ … is both insulting and upsetting,” he continues. “I did everything they asked — jumped through hopes … In Aerosmith’s 50-year history, no other band member has ever been subjected to this scrutiny let alone be asked to audition for his own job!”

On Wednesday, a Massachusetts judge denied Kramer’s request to play with Aerosmith.

“Although I’m extremely disappointed by the Judge’s ruling today, I respect it,” Kramer said in a statement obtained by PEOPLE. “I knew filing a lawsuit was a bit of an uphill battle considering that the corporate documents don’t reference any process for a band member returning from an injury or illness. However, the band waited until January 15th to tell me that they weren’t letting me play at the awards ceremonies this week. I can hold my head high knowing that I did the right thing – to fight for my right to celebrate the band’s success that I have dedicated the better part of my life to helping build.”

All five members of Aerosmith, including Kramer, spoke to PEOPLE recently for its new special edition, Aerosmith: In Their Own Words. 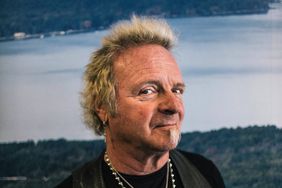 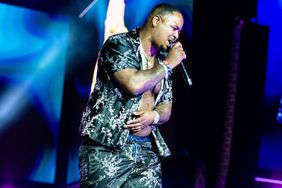