Adele may have something up her sleeve — but she doesn’t have a new album for her fans just yet.

The British singer, 32, sent some of her fans into a tizzy on Saturday after posting a photograph of herself singing into a microphone, which she simply captioned with a cryptic smiley face emoji.

“Teaser? Albums coming out today???!!!! Tell me now!!!!” wrote one excited fan, in an exchange highlighted by the Instagram account Comments by Celebs.

Unfortunately for fans, Adele was quick to shut down the speculation, telling the fan that they needed to “be patient.”

“Of course it’s not,” she wrote. “Corona ain’t over. I’m quarantining. Wear a mask and be patient.”

Although Adele didn't offer up a timetable for her fans, they may only have a couple more months left to wait.

While performing at her best friend’s wedding in February, the singer was heard telling the crowd to “expect my album in September.”

Last year, rapper Nicki Minaj also said the pair had recorded an "epic" song together, and shot a music video. “Adele made me swear to secrecy that I’m not allowed to tell anyone that I’m working with her,” Minaj said during an interview with Entertainment Tonight.

The Grammy winner hasn’t released new music since 2015’s 25, which featured singles like “Hello” and “Send My Love (To Your New Lover). The album, which was her third studio release, earned the artist five Grammys, including album of the year.

In recent months, Adele has been enjoying the opportunity to spend more time than usual at home with her 7-year-old son Angelo, whom she shares with ex-husband Simon Konecki.

"She helps Angelo with schoolwork and cooks. She very much enjoys being a stay-at-home mom right now," a source told PEOPLE last month.

Multiple sources previously also told PEOPLE that the star’s recent transformation hasn't purely been a physical one. "In the past, the stress from balancing work and being a mom was intense," a friend of the singer previously told PEOPLE. "She wanted to find a way to balance things better."

"She is now in a very good place both physically and mentally," added the friend. 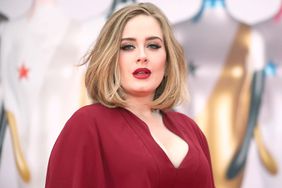 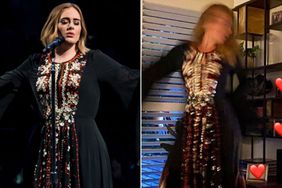 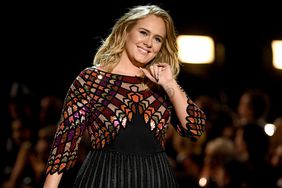 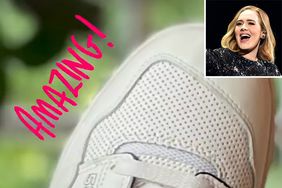