The Grammy-winning singer showed off her dramatic new look on Instagram early Wednesday morning while expressing her gratitude to fans for their messages sent on Tuesday in honor of her 32nd birthday.

"Thank you for the birthday love," Adele wrote, captioning a photo of her in a slim-fitting black mini dress with billowy sleeves. "I hope you’re all staying safe and sane during this crazy time."

She went on to send support to those on the front lines of the coronavirus pandemic.

"I’d like to thank all of our first responders and essential workers who are keeping us safe while risking their lives!" she said. "You are truly our angels ♥️."

She's Back! Adele Says Fans Can Expect a New Album in September, 5 Years After She Released 25
Adele’s Transformation ‘Was Never About Losing Weight,' Says Source: ‘She Seems Happier Overall’

This is Adele's first Instagram post since she first showed off her new figure in a photo from her Christmas party last year.

Many of her famous followers took notice. Chrissy Teigen commented, "I mean are you kidding me," while Kalen Allen noted, "THAT WAIST IS SNATCHEDDDDDD!!!!" and Lil Nas X joked, "Why you won 😍."

Pals Lauren Paul and Jedidah Jenkins also shared their own photos of Adele on their respective Instagram Stories.

"Happy birthday angel babe Adele," wrote Paul, captioning a picture snapped of the two posing alongside Nicole Richie and Jenkins. "You came into my life a few months before I had [my son] Story and you quickly became one of the most important figures in my journey as a new mother."

"You have taught me so much," Paul continued. "You glow because your heart is full. I'm so proud of the human you are."

"You're such a good friend," she added in another post, captioning a shot of her hugging Adele as they rode in the back of a pickup truck

Jenkins' post also included a picture of him and Adele in a car, the duo sitting in the front seat of a convertible this time. "Happy birthday to the most hilarious, loyal, wise, whimsical, beautiful human," the author wrote. "I love you, Adele."

Adele has stayed away from the spotlight in recent years, though she revealed while performing at her best friend’s wedding back in February that new music would be on the way, telling partygoers to "expect my album in September."

The British songstress hasn’t released music since 2015’s 25, which featured singles like “Hello” and “Send My Love (To Your New Lover).” That album, her third studio release, earned her five Grammys in 2017, including album of the year.

As for her tranformation, PEOPLE previously reported the singer told a fan earlier this year that she had lost 100 lbs.

Another source told PEOPLE that the musician has been following a strict diet and fitness routine consisting of cross-training and full-body Pilates, but that it was not all about the physical change for Adele, who shares 7-year-old son Angelo with ex-husband Simon Konecki.

"It’s easy to just focus on her physical transformation, but this is really about something bigger," the insider said. "She got to the point where she didn’t feel great. She knew she had to change something because she wants to be the healthiest mom possible."

“Her whole focus during the weight loss journey has really how been all about how she can be healthier and how can she treat her body better," the source added. “It was never about losing weight. Her weight loss happened because she has cut down drinking and is eating more real food. But she now loves her physical transformation too. She is more confident, dresses differently and she just seems happier overall." 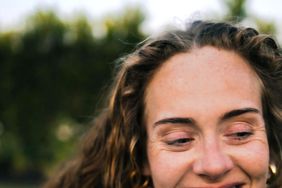 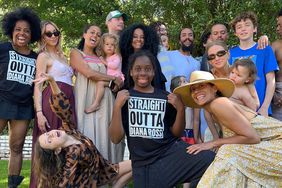 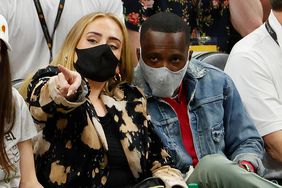 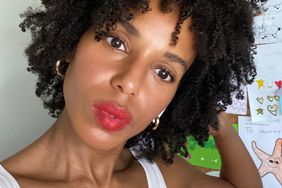 Kerry Washington Shows Off Her 'Fresh Cut': 'Curls and Coils' 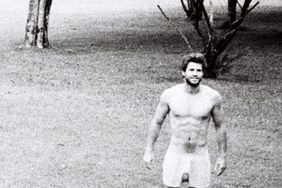 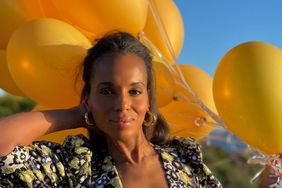