Adele Dresses Up as Her Idol Dolly Parton: 'We Wish We Could Possess an Ounce of Your Ability'

Adele embraced her country side by dressing up her hero, Dolly Parton

Adele has embraced her country side by dressing up as her hero, Dolly Parton. The 29-year-old British vocal powerhouse donned an elaborate costume for a photo shared to Twitter, including a pink studded pantsuit, oversized feather boa, and equally feathery blonde wig. Completing the look with retro blue eye shadow and an acoustic guitar, Adele struck a pose worthy of the 72-year-old Tennessee superstar.

“The effortless queen of song, Dolly Parton! We love you!” she captioned the hilarious (and oddly convincing) pic. “We wish we could possess an ounce of your ability. You were the hero of our night! A hero of my life.” She ended the message with a nod to one of Parton’s best known songs: “I’ll always love you.”

It seems Adele has a fan in Parton, who saw the tweet and offered a sweet response: “And I will always love you!” She also earned a shout-out in Parton’s 2016 song “Head Over High Heels,” with the reference to “painting my eyes like Adele.”

The “Hello” singer is no stranger to dressing up as her idols. For her 27th birthday in May 2015 she threw on some aviators, a leather jacket and some beard scruff to become Faith-era George Michael!

“Thank you for the birthday wishes I had a wonderful time!” she captioned the photo booth shots posted to Twitter. “I was my hero x #gottahavefaith”

Following his tragic death on Christmas Day 2016, Adele paid tribute to him at the 2017 Grammys by performing an emotional — and briefly aborted — version of his 1996 hit, “Fastlove.” 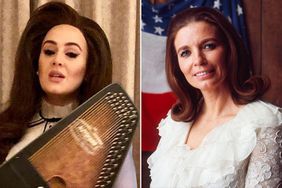 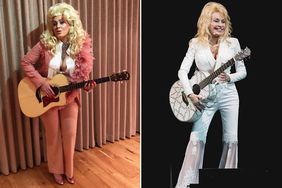 Dolly Parton Responds to Adele's Tribute Costume — and Asks for Some Fans So She Can Buy Wigs! 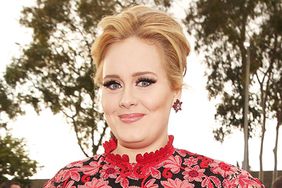 Adele Celebrates Her Birthday with Her Best George Michael Impression