Only three days after releasing her new album 30 on Friday, it became the number-one selling album in the country with more than half a million copies purchased by Sunday

The singer's new album 30 has become the No. 1 selling album in the country with more than half a million copies purchased through Sunday — which was just three days after its release — according to Billboard.

Final first-week sales numbers for the album will be confirmed on Sunday, the outlet reported.

The tracks on 30 drew inspiration from Adele's split from husband Simon Konecki in 2019 and are about heartbreak, self-forgiveness, and liberation.

Speaking to Zane Lowe during an Apple Music interview ahead of the album's release, Adele talked about creating the album and going "through hell and back" during her divorce.

"It was like it really helped me, this album. It really, really did. And I truly do believe, like, when we started the interview where I was like, 'There's not an occasion or a scenario or a feeling where there is not the perfect song for it somewhere.' I really do believe, and I'm not being arrogant or anything like that here, it's just, like, it was my hell. But I really went to hell and back," she said.

The Most Powerful, Heartbreaking, Yet Extremely Relatable Lyrics Off Adele's Album 30 Explained

She also drew inspiration from her 9-year-old son, Angelo, the former couple's only child.

In the third track of the album titled My Little Love the 15-time Grammy winner includes voice notes recorded with him while discussing the divorce.

In one of the voice notes Angelo can be heard telling Adele, "I feel like you don't love me." 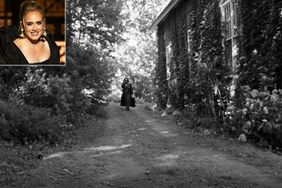 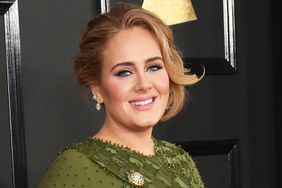