Adam Levine and Sammy Hagar Toast to Their 'Effortless' Friendship

How the two rockers went from best buds to business partners

Adam Levine and Sammy Hagar have a lot in common—they’re both in incredibly famous bands, they’re both seriously talented and they both have a passion for the spirit industry.

It’s no wonder that the Van Halen and Maroon 5 rockers instantly became great friends when they first met, and have since done everything from working on The Voice to becoming business partners together.

“Getting involved with Adam is strictly passion—this wasn’t a business deal,” Hagar, 69, told reporters at the launch event for Santo Mezquila, the new tequila and mezcal blend he created with Levine, 37. “He said he wanted to get in the tequila business and we, as friends, did this together.”

But their friendship all started in the most unlikely of ways.

“It was my makeup artist on The Voice who gave me Sammy’s number on a napkin and said, ‘If you’re in Mexico, hit him up,'” Levine said. “I gave him a call and said, ‘Hey, want to hang out?'”

Though Hagar said he was “intimidated and kind of nervous” to meet Levine at first, he accepted his offer to get together. Within 10 minutes, Levine said, the two were “shaking hands.”

“There was no people reaching out to people, it was just very real,” said Levine. “Kind of like what we’re releasing into the world, our friendship was really effortless.”

Levine added: “Sammy Hagar is somebody that I grew up with and absolutely adored and emulated. I try to downplay that when I hang out with him so I’m not being a creepy super fan, but I love this guy.”

Hagar also had the honor of speaking at Levine’s Hollywood walk of fame ceremony Friday, where he opened up about Levine being the “most unaffected superstar” he has ever met and a great dad to 4-month-old daughter Dusty Rose with model Behati Prinsloo.

“It’s the most impressive thing to see a man that is so dedicated to his wife and child,” Hagar said. “And he can change a mean diaper.” 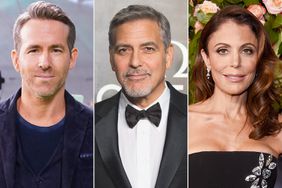