"I am looking forward to going over and hugging her neck and saying that I'm glad she's back in the swing of things," McEntire tells PEOPLE

There’s one person Reba McEntire is especially looking forward to seeing at the ACMs: Carrie Underwood.

The legendary singer, along with the rest of the close-knit country community, will be welcoming Carrie Underwood back to the stage for the first time after a scary fall in November that left her with multiple injuries and 40 to 50 stitches in her face.

Everything We Know About Carrie Underwood’s Accident, Recovery — and What’s Next

McEntire, who’s hosting the show, sat down with PEOPLE Now to discuss her Academy of Country Music Awards duties for the night and opened up about how excited she is to see the “Blown Away” singer back on stage.

And hug her neck she did — following the show, McEntire posted a photo on Instagram chatting with Underwood backstage.

On Wednesday ahead of her scheduled ACM performance, Underwood, 35, debuted her new song “Cry Pretty,” the first single from her forthcoming sixth studio album, which marks her first lead single from a music project since “Dirty Laundry” off the 2016 album Storyteller.

“I’m really looking forward to new music that she’s gonna be singing that night, and just to welcome back and tell her I’ve been praying for her.”

The 53rd Academy of Country Music Awards will air live from the MGM Grand Garden Arena in Las Vegas on April 15 at 8 p.m. EST on CBS. 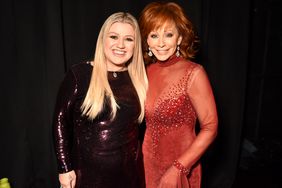 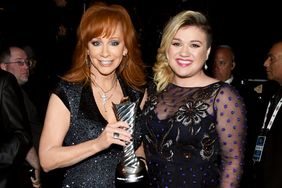 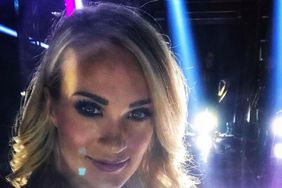 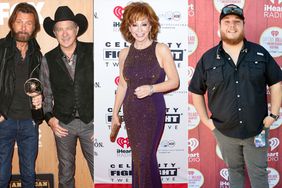