Ace Frehley posted a long message on Facebook, calling his former KISS bandmate Gene Simmons a "control freak" and accusing him of groping his wife

In a long Facebook post on Tuesday, Frehley, 67, railed against Simmons, in apparent response to an interview in Guitar World where Simmons said that Frehley was unreliable and had been fired from KISS three times.

Among other complaints, Frehley accused Simmons, with whom he has had a longtime feud, of groping his wife.

“Gene, your memory is really incorrect!…” the post began. “I was NEVER FIRED from KISS, I quit twice (not 3-times) of my own free will, because you and [guitarist] Paul [Stanley] are control freaks, untrustworthy and were too difficult to work with!”

“The icing on the cake was when you groped my wife and propositioned her in Los Angeles at the Capitol Records building behind my back,” Frehley continued, “when I was trying to help you out at one of your ‘Vault Experiences’ which I only found out about several weeks later…she was planning on pursuing a suit against you, but I told her to call it off!!!”

Though Frehley was a co-founding member of KISS, the guitarist hasn’t been in the band with Simmons since leaving in 2002, though the two reunited amidst their feud to play a benefit concert together in 2017.

As of Wednesday afternoon, Simmons, 69, has yet to respond to Frehley’s claims. Representatives for KISS did not immediately respond to PEOPLE’s request for comment.

Simmons spoke with Guitar World earlier in the week, when he denied rumors that Frehley and other ex-bandmate Peter Criss would be joining KISS for their End of the Road farewell tour.

“Life doesn’t give you three chances. You get one chance. But Ace and Peter have gotten three chances,” Simmons said. “They were in and out of the band — fired — three times. For bad behavior, being unprofessional… all the clichés are clichés. So the only reason Ace and Peter were let go the first time, and then the second time and then the third time, is that they weren’t carrying their load.”

“You can’t be in a car with two flat tires. It’s not going to go anywhere,” Simmons continued. “It’s your responsibility to change the f—ing tires so that the whole car doesn’t stop. It’s nothing personal. So the short answer is we’d love to have Ace and Peter join us here and there. And if they don’t, it’s not going to be because of us. But they’re never going to be in KISS again.”

In his post, Frehley also referenced an ongoing lawsuit against Simmons.

According to documents obtained by The Blast, Simmons is being sued by a woman who alleges that Simmons groped her at the opening of his Rock & Brews restaurant in 2016.

“Today’s comments have made me realize you’re just an a—hole and a sex addict who’s being sued by multiple Women, and you’re just trying to sweep it all under the carpet!” Frehley wrote.

As reported by The Blast, the woman claimed that she witnessed Simmons act “in a sexually charged manner with other women,” and that she saw him “tell them to unbutton their shirts.” She is suing for sexual battery and “seeking unspecified damages.”

In 2017, Simmons faced an additional lawsuit from a female radio host who claimed the singer made “several aggressive, unwanted sexual advances” during their interview. The suit was settled out of court last summer, but the terms and details have not been disclosed.

Frehley ended his Facebook post saying, “Without a complete and heartfelt apology, an offer to give me my old job back, and removing Tommy [Thayer] from the Throne that I created… THE S— WILL HIT THE FAN AND THEY’LL BE NO STOPPING IT-IT’S ON!!!”

Frehley finished off the rant with a photo of himself captioned “THE GLOVES ARE OFF!!” 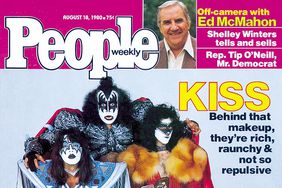