21 Savage‘s legal team is fighting for his release.

On Monday, the 26-year-old rapper’s attorney Charles H. Kuck released a statement to PEOPLE, claiming that 21 Savage’s arrest is “based upon incorrect information about prior criminal charges.”

21 Savage was taken into custody on Sunday by U.S. Immigration and Customs Enforcement, which claims the rapper is actually a citizen of the United Kingdom and has overstayed his visa.

ICE spokesman Brian Cox told The Atlanta Journal-Constitution that the rapper, born Shayaa Bin Abraham-Joseph, is an “unlawfully present United Kingdom national” who entered the country legally as a teenager in July 2005 on a visa, which expired the following year.

In the statement, Kuck revealed 21 Savage is currently being held without bond, “despite the fact that he has a pending U-Visa application with USCIS, and that he has relief from removal available to him.”

Kuck also says “Mr. Abraham-Joseph has never hid his immigration status from the US Government.”

21 Savage Arrested by ICE, Accused of Actually Being U.K. Citizen Who Overstayed Visa

He also claims that the “Department of Homeland Security has known his address and his history since his filing for the U-Visa in 2017.”

A U-Visa is a nonimmigrant visa that is made available to victims of a crime.

21 Savage’s attorney also slams ICE’s decision to hold the rapper — considering he is not a flight risk.

“ICE can only continue to detain individuals who are threat the community or a flight risk to not show up at their hearings. Obviously, our client is not a flight risk, as he is widely recognizable, and a prominent member of the music industry.”

“Likewise, Mr. Abraham-Joseph is clearly not a danger to the community, and in fact, his contributions to local communities and schools that he grew up in are examples of the type of immigrant we want in America,” the statement continued.

At this time, ICE has not charged 21 Savage with any crimes, Kuck says.

“As a minor, his family overstayed their work visas, and he, like most two million other children, was left without legal status no fault of his own.”

“This is a civil law violation, and the continued detention of Mr. Abraham-Joseph serves no other purpose than to unnecessarily punish him and try to intimidate him into giving up his right to fight to remain in the United States. He rose above the difficult circumstances of his youth to achieve success and make contributions to our society that rival any of those by a natural born citizen.”

“Mr. Abraham-Joseph has US citizen children that he supports and is eligible for relief from deportation. We and he will fight for his release, for his family, and his right to remain in our country. No one would expect less from him,” the statement concluded. It is understood the rapper has three children.

“In addition to being in violation of federal immigration law, Mr. Abraham-Joseph was convicted on felony drug charges in October 2014 in Fulton County, Georgia,” an ICE spokesman said in a statement, according to Fox 5 Atlanta.

His lawyer disputes this claim.

The musical artist, who previously dated Amber Rose, has been nominated for two 2018 Grammy Awards — best rap/sung performance and record of the year — for his collaboration with Post Malone on “Rockstar.” The ceremony will be held on Sunday.

Speaking about his 2014 arrest, the rapper previously told GQ he was arrested after being pulled over in a car that was filled with contraband.

“It wasn’t my fault, though, and I done sold every drug, robbed every — I did everything there is to do, except rob a bank. I swear to God on my life I did everything in between. And I ain’t never go to jail for that s—,” he remarked.

Aside from his run-ins with the law, 21 Savage has given back to his community.

In addition, 21 Savage hosted his third-annual school supplies drive in August — benefitting students from Dekalb County Schools at a flea market he said he frequented as a teenager, according to The Atlanta Journal-Constitution. 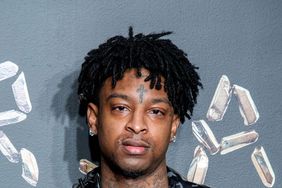 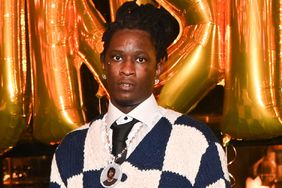 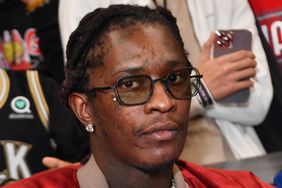 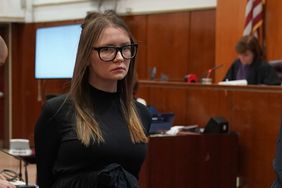 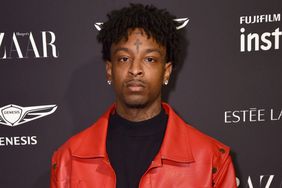