Justin Bieber and Hailey Baldwin tied the knot in September 2018

Sunday night was no ordinary date night for the Biebers!

Justin Bieber and Hailey Baldwin stepped out for the MTV Video Music Awards at the Barclays Center in Brooklyn, where the singer performed at the award show for the first time in six years.

Bieber, 27, kicked off the show, performing his No. 1 hit "Stay" with the Kid Laroi before he took the spotlight solo to sing "Ghost." The Canadian crooner rocked a pair of black overalls and a black hoodie, later trading the overalls for baggy blue pants and a tan blazer over the sweatshirt.

Baldwin, meanwhile, served as a presenter and supported her man from the audience during both his performance and his acceptance speech for artist of the year, in which she got a sweet shout-out.

"I want to say thank you guys so much," Bieber told the crowd. "I look over here, and I see my beautiful wife, and I just want to say I love you so much."

Baldwin, 24, smiled at her husband and blew him a kiss as he concluded his speech.

The couple has recently given fans a glimpse at their life as a couple, posting on social media from multiple occasions — including Bieber's younger sister's birthday party, a road trip and a black-tie affair.

The couple also walked the red carpet together before the Wynn's grand opening in Las Vegas in July, where he performed a setlist including most of the tracks from his album Justice and hits like "Where Are Ü Now" and "What Do You Mean," along with his hit "Stay" with The Kid LAROI.

The couple recently enjoyed a Parisian getaway in June. At the time, the couple shared a photo of a meeting with French President Emmanuel Macron and his wife Brigitte.

The couple did not share details from the meet-and-greet at the time. However, earlier that week was France's annual Fête de la Musique, or Music Day, which included concerts and crowds at the Presidential Palace.

In July, rumors began circulating about the couple expecting a baby after Bieber posted a black and white photo of the duo and captioned it "Mom and dad."

However, Baldwin was quick to set the record straight.

"I think you should maybe change this caption to Dog Mom and Dad before anyone gets it twisted 😂," she commented on her husband's post — a comment many fans jokingly responded to with remarks of, "Too late."

The couple has, however, previously discussed the possibility of having kids — but made it clear that they're taking their time.

Bieber and Baldwin tied the knot in September 2018, just two months after getting engaged. The couple then celebrated with a larger ceremony in front of family and friends in 2019. 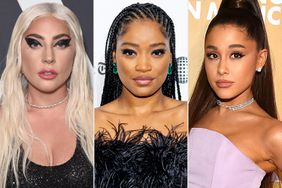