"Ooh, I love it when you do it like that / And when you're closer, give me thе shivers," he sang. "Oh, baby, you wanna dance till the sunlight cracks / And whеn they say the party's over, then we'll bring it right back"

Before hitting the stage, Sheeran was presented by Rita Ora, who described the "Bad Habits" singer as the "best person ever."

"Shivers," which was released on Friday, is the third release from Sheeran's upcoming album titled = (and pronounced Equals), set to hit the shelves on Oct. 29.

At the show, Sheeran's first release from the album, "Bad Habits," is nominated for four VMAs: video of the year, best art direction, best choreography and song of the summer.

His "Shivers" performance marked his first VMAs performance since 2017, when he performed a medley of his smash hit "Shape of You" with Lil Uzi Vert's "XO Tour Llif3."

The singer also took home the first-ever artist of the year award in 2017, marking his second VMA win since he won best male video in 2014 for "Sing."

In August, Sheeran released his single "Visiting Hours," which he wrote following the March death of his mentor and friend Michael Gudinski.

"= (Equals) is a really personal record and one that means a lot to me," Sheeran said in a statement at the time. "My life changed greatly over the past few years — I got married, became a father, experienced loss, and I reflect on these topics over the course of the album. I see it as my coming-of-age record, and I can't wait to share this next chapter with you."

The Grammy winner is married to Cherry Seaborn, and the couple welcomed their daughter Lyra Antarctica in August 2020. Two of his songs from the album will tackle fatherhood, while three others will focus on love.

Sheeran previously shared on Instagram that he had started working on the record in June 2017 and that it had been "a long, long process" having it come to fruition. 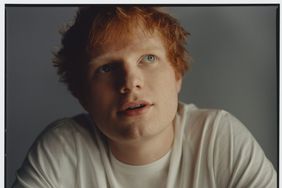 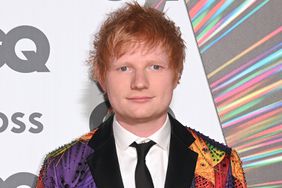