The AMAs will air live on Nov. 21, at 8 p.m. EST on ABC, and will be available to stream the next day on Hulu

Diplo, Måneskin, Mickey Guyton, Tyler,the Creator, Walker Hayes and Zoe Wees will also be taking the stage this weekend, it was announced Tuesday.

Hayes will be performing his hit single "Fancy Like," while Guyton will sing her song "All American." Meanwhile, Italian band Måneskin will make their U.S. awards show debut with their viral hit "Beggin.'"

The group joins a list of previously announced performers including BTS with Megan Thee Stallion for the world premiere television performance of "Butter;" Olivia Rodrigo; Carrie Underwood with Jason Aldean; Kane Brown; New Edition and New Kids on the Block.

On Monday, the AMAs announced that Julieta Venegas and Tainy also will be joining Bad Bunny on stage during next Sunday's show for a performance of their hit "Lo Siento BB :/."

Cardi B is set to host the show, which represents the top achievements in music as determined by fans.

"When I received the invite to host the AMAs, I was so excited," the 29-year-old rapper said in a statement. "I'm ready to bring my personality to the AMAs stage!"

"We are immensely excited to have the dynamic Cardi B bring her infectious energy to the American Music Awards as a first-time host," echoed executive producer Jesse Collins. "She will excite the viewers, push the limits and deliver a show that will be remembered forever!"

A five-time AMA winner herself, Cardi made history the last time she graced the fan-voted music award show's stage as the first female rapper to win favorite hip-hop song twice, rocking with "WAP" in 2020 and "Bodak Yellow" in 2018.

The "Rumors" rapper will bring the heat as she emcees at the Microsoft Theater in Los Angeles. Ariana Grande, BTS, Drake, Olivia Rodrigo, Taylor Swift, and The Weeknd are all nominated for artist of the year, among other prizes. 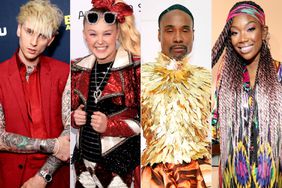 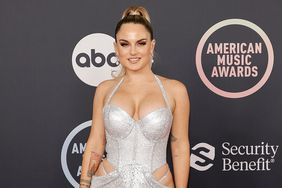 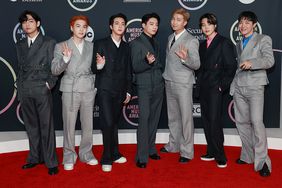