Destiny's Child pulled out one of their iconic coordinating 'fits for the occasion, complete with plenty of fringe and turquoise accessories.

Ashlee and Jessica Simpson coordinated in black outfits and shared some sisterly affection on the red carpet.

Usher paid tribute to Aaliyah — who tragically died in a plane crash on Aug. 25, 2001 — wearing a shirt with her album cover on the carpet. The MTV VMAs that year were held on Sept. 6.

Go big or go home! Alicia Keys rocked an all-black, all-leather ensemble (with a touch of fur) on the red carpet of her very first VMAs.

2001 was a wild time, and Jennifer Lopez looked like she was ready to go on the world's sexiest safari in a sheer, animal-print minidress (paired with thigh-high boots and a hat).

Spears and Lopez posed together after taking their seats for the awards show. Name a more iconic photo, we dare you!

So technically this isn't from the red carpet, but we'd be remiss not to point out that 2001 was the year that Spears performed "I'm A Slave 4 U" with a Burmese python.

Janet Jackson also opted for a sheer, black minidress, pairing it with a newsboy cap and thigh-high leather boots.

We don't want to shout this too loudly because we'd prefer they didn't make a big comeback with the rest of the early aughts fashion, but newsboy caps were kind of a thing! Christina Aguilera matched hers to her low-rise jeans (and added a belly chain for good measure).

Big Boi's pink fuzzy pants (and hat) and Andre 3000's green-and-orange ensemble were a sight to be seen.

Eve made sure to stand out with a hot pink bob and neon green dress.

Living up to her moniker, Pink rocked brilliant pink hair on the carpet — and brought her dog, Focker, as her date!

There's no better way to promote an album than by wearing a dress that says "MY NEW ALBUM DROPS SEPT. 18, 2001" on the front and "BUY IT" on the back. Just ask Macy Gray!

There's No Doubt that Gwen Stefani rocked one of the more memorable looks of the night with her victory rolls, halter crop top and low-rise pants.

Shakira's fashion philosophy must have included the rule that feathered crop tops were meant to be worn, "Wherever, Whenever."

Pamela Anderson shared a smooch with her then-boyfriend Kid Rock.

Jack Black, who performed at the VMAs with Tenacious D, went belly up backstage. 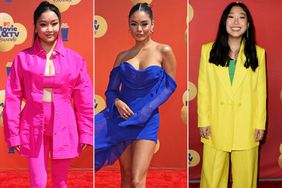 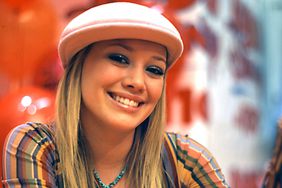 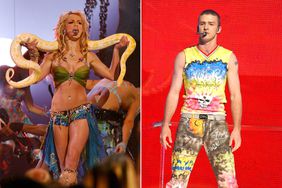 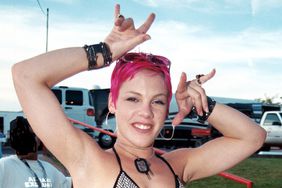 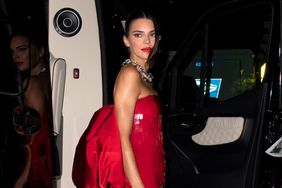