"Who else has done a show and gotten a pedicure at the same time???" he wrote on Instagram

2 Chainz really is a "Money Maker!"

In true entrepreneurial fashion, 2 Chainz showcased his high-end salon by receiving a lavish champagne pedicure while performing his tracks "Southside Hov" and "Vampire" under dim lights and seated in an elaborate leather chair.

"Who else has done a show and gotten a pedicure at the same time???" the Grammy winner wrote on Instagram. He went on to perform his fan-favorite hits "Good Drank," "I'm Different" and "Grey Area" alongside a live band.

The "Girl's Best Friend" hitmaker's appearance comes as part of a special NPR Tiny Desk series in celebration of Black History Month. 2 Chainz also paid homage to some of the Black pioneers who have made tremendous contributions to the world.

"There are a lot of people that are influential in this city that are African Americans. The history here, it runs deep," he said. "Let me inspire. Let me represent Black excellence."

2 Chainz was proud to share that his salon is located near a mural of the sun, which is symbolic of Black excellence, and a Black-owned restaurant. He proceeded to honor Martin Luther King Jr. before highlighting some of the Black stars who are shattering glass ceilings for generations to come.

2 Chainz went on to recognize all Black women who are also moving the needle, "I'm very conscious of what's going on with the African American women in our community too, so I just want to praise you for that."

The star ended his performance with a sweet message, "Hopefully one day, when somebody asks this question to somebody, they can bring my name up." 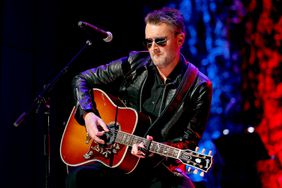