Zoë Kravitz is seemingly making her voice heard about her recent breakup.

After news broke that the 32-year-old actress and her estranged husband, Karl Glusman, called it quits, Kravtiz shared a cryptic post about taking out the trash to her Instagram Story on Saturday, as reported by The Independent.

In the post, the Big Little Lies star shared a meme of a drag queen putting a bag of trash into a dumpster, with the bag labeled: "People places and things that no longer serve my greatest and highest good."

Kravitz wrote "Mood" alongside the image, which led fans to believe she was referencing her soon-to-be ex-husband with the post, especially after the pair have each removed all photos of one another on their respective Instagram pages.

Kravitz and Glusman, however, do still follow each other on the social media platform.

Zoë Kravitz and Karl Glusman Split: A Timeline of Their Four-Year Relationship

Over the weekend, a rep for Kravitz confirmed the former pair's split exclusively to PEOPLE. The actress filed for divorce from Glusman, 32, on Dec. 23, as seen in court records obtained by PEOPLE.

The pair's relationship began in late 2016, when the two — who met at a bar that year — were spotted together in New York City, fueling rumors of a romance. In October of that year, they were seen holding hands after grabbing dinner with Taylor Swift, Cara Delevingne, Dakota Johnson and other A-list pals at The Fat Radish restaurant.

Kravitz made her Instagram debut on Glusman's page just weeks later. Not long after, they celebrated their one-year anniversary publicly at the Emmy Awards in 2017.

In June 2019, Kravitz and Glusman wed at the three-story, eight-bedroom, 18th-century Paris mansion owned by her father Lenny Kravitz.

Kravitz had nothing but sweet things to say about Glusman almost one year into their marriage.

The High Fidelity star appeared on Dax Shepard's podcast Armchair Expert in May 20202 and called Glusman "the one" when Shepard asked how she knew that she would get married. "I feel I’ve known him my entire life," Kravitz told Shepard. "He’s just one of the kindest people I’ve ever met."

Before news of her divorce was made public, Kravtiz also spoke about her marriage to Glusman in an interview with Variety that was published in June 2020. "I’m married, and [making] less bad choices — I would like to think," she said. "You know, life is an ongoing struggle, so of course, there’s always work to be done. But there’s that first step where it’s like, I’m an adult." 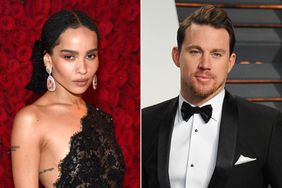 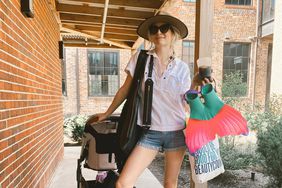 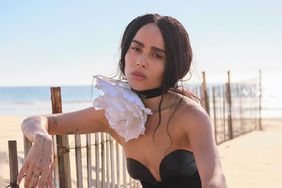