Channing Tatum has no problem navigating Zoë Kravitz around the streets of New York City.

The duo were seen biking around on Wednesday, with Kravitz draping her arms over Tatum's shoulders and hanging on tight while standing on pegs attached to the back wheel. Tatum similarly seemed at ease as he pedaled the BMX bike down the sidewalk.

Kravitz, 32, and Tatum will soon work together on her directorial debut Pussy Island, a thriller starring the 41-year-old actor as tech mogul Slater King.

For more on Zoë Kravitz and Channing Tatum, and other top stories, listen below to our daily podcast PEOPLE Every Day.

They have previously worked together on 2017's The Lego Batman Movie voicing Clark Kent (Tatum) and Cat Woman (Kravitz).

In a recent interview with Deadline promoting their upcoming film, Tatum talked about how the High Fidelity star exuded confidence in their first meeting.

"When someone can just come out and tell me I should not be wearing Crocs, and is so adamant about it, she completely convinced me and I never wear Crocs anymore," Tatum told the outlet.

"I was just trying to be a good friend, Chan," Kravitz responded.

"I get it, but I totally loved Crocs for a hot second, and in one hang she was like, you can't ever do that again. And I said, 'OK, fine,' " Tatum added. 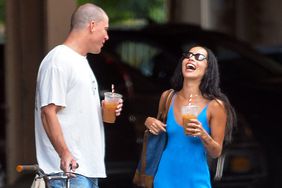 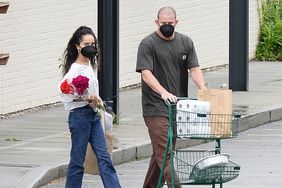