Zac Efron on Why He's Not Starring in 'Footloose'

He has nothing against Footloose, but Zac Efron is ready to take his career into “the unknown,” he tells EW.com.

The High School Musical heartthrob decided not to take the role of Ren McCormack in the upcoming remake of the hit ’80s musical – a part that launched the career of then-25-year-old Kevin Bacon – because he wants to challenge his acting chops.

“I’m sure Footloose would have been a huge challenge, but the actors that I love and the actors that work really hard in this industry are always shaking things up, trying new genres, acquiring new skill sets,” says Efron, who is in Las Vegas to receive the Showest Breakthrough Performer of the Year award. “That’s what’s always going to appeal to me: the unknown.”

Venturing into that unknown, Efron is trading in his dancing shoes for a shovel in a role as a young gravedigger in The Death & Life of Charlie St. Cloud, being directed by Burr Steers at Universal.

Efron will play a caretaker at a cemetery where his brother has recently been buried. He has meetings with his deceased little bro – and begins a romance with a woman who is believed to be missing in a sailing accident.

So who should take on the role of Ren in Footloose? Take the People.com poll and tell us what you think. 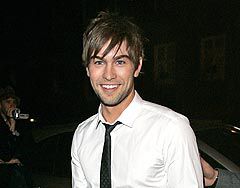