The actor stars in The Paperboy alongside Nicole Kidman, a film she calls "raw" and "dangerous"

Zac Efron is showing some skin – a lot of it, in fact – in his new film The Paperboy, which just debuted at the Cannes Film Festival.

“He was in his underwear half the time,” said singer Macy Gray, who plays a maid and narrates the movie, which also stars Nicole Kidman as what one Cannes reviewer described as “an oversexed Barbie.”

The movie, directed by Lee Daniels (Precious), is set in Florida in 1969 amid racial strife. Efron is 20-year-old Jack, the younger brother of a journalist (played by Matthew McConaughey) who has come back to his family’s small town to investigate whether a man was wrongly condemned to death row. Kidman’s character is fixated on the inmate.

In one early scene, Kidman tears off her pantyhose and has an orgasm while visiting the prisoner (played by John Cusack) on death row. Later, her character urinates on Efron on a beach after he is stung by jellyfish.

So, did she have reservations about her character’s overt sexuality?

“Strangely, no,” Kidman told reporters at the film festival. “I think I had to step into a place to play the character where I didn’t step out of it and look at myself, so it wasn’t hard to shoot.”

“I’d been looking as an actor for something raw and something dangerous,” she added.

Efron, 24, agreed that the movie stretched him as an actor.

“As much as I love everything I’ve done, this is a new frontier for me,” he said at the press conference. “It’s incredibly fulfilling. It’s a dream. Hopefully, I can keep doing things like this.”

As Gray mentioned, his character spends a good part of the film in white underwear – with his muscles prominently on display.

“I don’t think I was supposed to feel comfortable,” he explained of the revealing shoot. “It’s like life. This character is supposed to be learning the ways of the world, and that can be very uncomfortable. But it s also exciting.” 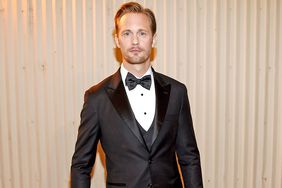