The same week as the drunken affair, Harrelson got into a feud with a cab driver

Woody Harrelson‘s drunken night of infidelity could have led to the end of his marriage to Laura Louie, with whom he shares three children. Instead, the actor found out just how understanding his wife was.

In a sit-down with The Hollywood Reporter, the War for the Planet of the Apes star spoke about what he called “one of the worst nights of my life” — a 2002 incident when he was arrested for getting into a fight with a cab driver just days after having his name splashed across tabloids for a drunken foursome.

Harrelson, 55, said he was at a bar in London when two women approached him with a proposal to “take a walk on the wild side.” As they were getting into a car, a third woman got in.

“We went to my place, and one of the girls was a razzi [paparazzi] or worked for them, worked for the rags. And she got a photographer to come out. That one girl manipulated the other two,” he explained. “I was bummed when they all left together ’cause I knew it was going to happen [an article]. News of the World, it was. I never read it ’cause I didn’t want to read it.”

The actor said someone told his wife about the encounter, though he’s tried to forget the details.

What he does remember is how she reacted.

“Laura — this really gives you a sense of the depth of her compassion — what she said to me after finding out was, ‘That must be really hard for you, to have this s— exposed.’ She just said that,” Harrelson recalled. “Now that doesn’t mean she wasn’t upset. How did I apologize? You know, just your standard Texan grovel. But she forgave me, and we’re still together.”

Harrelson and Louie met in 1987 when he hired her as his assistant. Three years later, he realized he couldn’t get her off his mind during a vacation in Africa.

“I remember I just started thinking about Laura, fantasizing about her,” he said. “I mean, talk about forbidden fruit!”

Harrelson wrote her a song that laid out his feelings for her.

“I play her the song, and afterward she says, ‘Woody, I’ve been in love with you for the last two and a half years,’ ” he recalled.

They married in 2008 and have three daughters.

The same week as the drunken affair, Harrelson got into a feud with a cab driver after an ashtray dislodged and he couldn’t fix it. He and the driver got into a screaming match.

“And then the next thing you know, he wouldn’t let me out, but I got the door open. Then the guy stopped,” the actor said. “He was on the phone — I didn’t know if he was calling his mates or the cops, but I didn’t want to meet either one of those groups. It turned out it was the cops. I got out, and the guy came after me, and he’s on the phone the whole time. And then the cops came, and I was running from the cops. I went to jail.”

It was his wife who came and got him out.

“It stayed with me because it was one of the worst nights of my life,” The Hunger Games actor said. “I wanted to repress it, I wanted to erase it. I would’ve paid a large sum to just excise that week from my life — the tabloid thing, the incident with the cops.”

RELATED VIDEO: Woody Harrelson Gives Up Pot, But Is Obsessed With Chess?!

Recently, the actor has led a predominantly sober lifestyle. Harrelson said he gave up smoking pot after having a strange reaction that he later realized was adrenal exhaustion. He also said he cut back on drinking, sticking to mostly wine on the weekends.

Something good did come out of the incident, though — it served as inspiration for Harrelson’s debut as a writer-director, Lost in London, which screened in movie theaters earlier this year as it was filming.

“It was this big catharsis,” he said. “It actually did shift something in me, getting that film done. I feel like it was a purging or a letting go and a letting go of some of the guilt. I know that Laura really loves the movie, and that probably means more than anything. Because in a way, it’s a love letter to Laura, a weird love letter to Laura.” 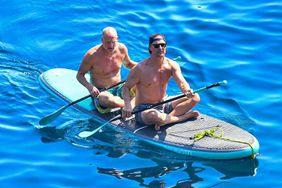 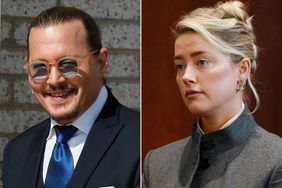