Will Smith is celebrating how far his once challenged relationship with his oldest son Trey has come.

The Aladdin star, 50, shared an emotional Instagram video of himself on Tuesday from his Abu Dhabi hotel room.

“So I’m in Abu Dhabi at the F1. I brought my son Trey. We been hanging and usually I take my kids separately on stuff just so they have their individual daddy time,” Smith, wearing a white bathrobe, said.

He continued, “So we been doing this, me and him hanging out at the F1. And he just hit me with, ‘You know what dad? I just realized you’re not just my dad.’ He paused and he said, ‘I’m pretty sure you’re my best friend.'”

The Bright actor got emotional as he pursed his lips and said, “I was like, ‘Whoo. Yeah, man. Probably. Probably.”

In the caption, the father of three wrote, “It has not always been like this between Trey & I. We STRUGGLED FOR YEARS after my Divorce from his Mother. He felt betrayed & abandoned.”

He added, “It is a Wild Blessing to recover & restore a Loving Relationship with My Beautiful Son! @treysmith0011.”

Despite the split, Smith has remained friendly with Zampino, as is his wife Jada Pinkett Smith.

The Men in Black actor wished her a happy birthday last week on Instagram, writing, “Happy Bday, @shereezampino. #BestBabyMamaEver! 🙂 I Love You, Ree-Ree,” alongside a throwback photo of the two exes with their then-infant son Trey.

Pinkett Smith, 47, also wished Zampino a happy birthday with a heartwarming shout-out on Instagram, which showed the pair bursting into laughter.

“Happy Birthday @shereezampino! Whew Chile! It’s been a hell of a journey between us and I’m grateful! You have been the provider of many ego deaths and profound lessons. And through it all, I’m so happy we’ve found space to laugh together, cry together and share joy together within our blended family. You’ve been a gift. I’m wishing you the world,” Pinkett Smith wrote.

In May, Pinkett Smith and Zampino sat down for an episode of Red Table Talk and opened up about their relationship.

RELATED VIDEO: Jada Pinkett Smith Says Husband Will Smith ‘Let Me Have It’ for Her Rude Treatment of His Ex

Pinkett Smith said things got so heated that her husband had to step in. “Will Smith let me have it,” she said. “His take was, ‘That is Trey’s mother and that’s just not your place.'”

And it seems his words really sunk in. Zampino said the next time the women saw each other, they made an effort to mend their relationship. “You would always say Re, I apologize,” Zampino said. “You always owned it. Thank you for that.” 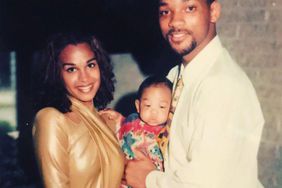 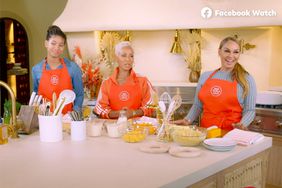