Will Smith’s baby is all grown up!

The actor marked son Jaden Smith’s 21st birthday Monday with a special tribute video that featured throwback footage, interview clips and a healthy dose of shock that the milestone day has already arrived.

The sweet video featured home videos of Jaden sitting atop his father’s shoulders at an early birthday party, clips of him appearing on Oprah Winfrey and Ellen DeGeneres’ talk shows as a child and his rise to fame, including his role playing Smith’s son in Pursuit of Happyness (2006).

“I knew when I was carrying him [he’d be a star],” mom Jada Pinkett Smith says in a vintage clip. “I mean, it’s Will and I! It just felt like two artists would create a little artist. When he was born, he used to love dancing to Michael Jackson … And then as he got older he just, he had some real skills.”

Additional footage shows Jaden growing up and hitting red carpets, wearing a Batman suit to a friend’s prom and skateboarding and surfing.

“He’s like, one of the only individuals I’ve ever met that absolutely, thoroughly and completely authentically, does not care what somebody thinks about him,” Smith says of his son in an old radio interview.

The Aladdin star also praised his son’s philanthropic streak, highlighting his Just Water brand, which comes in a 100 percent recyclable container, and his The Water Box, a water filtration system that he sent to Flint, Michigan.

Pinkett Smith, 47, shared a similar video to mark her oldest child’s birthday on Instagram, which included throwback and recent pictures of the two and footage of him performing on stage.

“After my first trimester… being pregnant with you were some of the happiest moments of my life,” the Red Table Talk host wrote. “You were tangible joy. When you were born you became my first experience of tangible love. You have taught me so much about love and kindness. You have been a powerful teacher in my life. I feel so blessed you chose me to be your mom. Happy 21st to one of my dearest treasures. I love you Jaden✨”

Meanwhile, Jaden revealed that he celebrated his birthday by opening a vegan pop-up truck in Los Angeles to serve up free food to homeless people.

The truck, called the I Love You restaurant food truck, made its debut on Skid Row.

“The @ILoveYouRestaurant Is A Movement That Is All About Giving People What They Deserve, Healthy, Vegan Food For Free,” he captioned the post. “Today We Launched Our First One Day Food Truck Pop-Up in Downtown LA. Keep A Look Out Because This Is The First Of Many.” 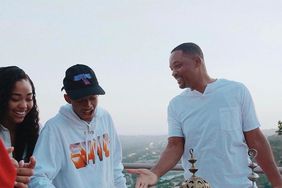 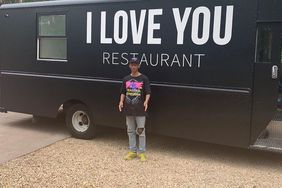 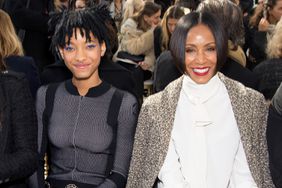 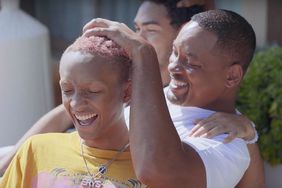