Will Ferrell Cries as He Gets 'Emotional' Over Reuniting with John C. Reilly for 'Holmes & Watson'

Longtime pals and frequent collaborators Will Ferrell and John C. Reilly are teaming up on screen again for their upcoming comedy Holmes & Watson

Longtime pals and frequent collaborators Will Ferrell and John C. Reilly are teaming up on screen again for their upcoming comedy Holmes & Watson — and they’re really emotional about their reunion.

After starring together in hits like Talladega Nights: The Ballad of Ricky Bobby, Step Brothers and both Anchorman movies, the actors are bringing back Sherlock Holmes and his sidekick John H. Watson in the comedy out Christmas Day. The two stopped by Jimmy Kimmel Live! on Wednesday to talk about their upcoming movie when things got a little emotional.

“It’s good to be back together and it’s been pretty emotional,” Reilly told host Jimmy Kimmel as Ferrell wiped away tears.

But instead of taking a break to get themselves together, the hilarious duo decided to sing about it. Pulling out microphones, Ferrell, 51, and Reilly, 53, launched into a perfect rendition of the classic 1978 Peaches & Herb ballad “Reunited.”

The two also talked about how excited fans get when they see them together — and even get a little inappropriate.

“Which is weird when you’re with your kids,” Reilly chimes in. 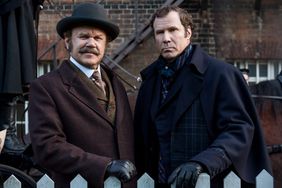 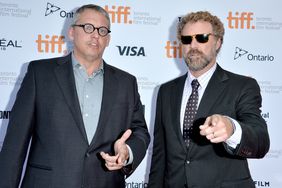 Adam McKay Says Will Ferrell Dispute 'Felt Like a Breakup': 'We Were Both Kind of Bummed Out'