Why Audrey Hepburn Refused to Have Her Wrinkles Photoshopped

The icon's granddaughter reflects on her legacy and classic style

She has a few of her grandmother’s treasured possessions: her white linen teddy bear, a few Ralph Lauren cashmere sweaters and a necklace with seventeen gold hearts, but for Audrey Hepburn‘s granddaughter Emma Ferrer, it was her inner beauty, rather than her chic closet, that really made the actress unique.

“I wish I had met her because every person that met her says she was even lovelier and more radiant than she was in the movies,” Ferrer, the 23-year-old daughter of Hepburn’s son Sean Ferrer, tells PEOPLE.

Ask Ferrer for a favorite story about her legendary grandmother and she offers one which she says “truly embodies her concept of beauty.”

“She was asked toward the end of her life by American Photo magazine to choose her favorite photograph for a special they were doing on celebrities and their favorite photos of themselves. Hepburn chose this photograph that John Isaacs (a photographer for the United Nations and National Geographic) had taken of her with a child on one of her missions for UNICEF.

“She’s holding the child in her arms and they are laughing,” says Ferrer, a painter, actress, and a junior ambassador of USA for UNHCR,who traveled to Greece to visit refugee camps in June 2016. “John called and asked her if she wanted him to do some Photoshop, because you could see her wrinkles. She told him, ‘Don’t you dare touch any one of those wrinkles, I earned every single one of them.’ ”

“She never once thought of getting plastic surgery,” says Ferrer, who, along with her father, is writing a style book inspired by Hepburn due out next year. “For her, wrinkles were symbols of age, experience and wisdom.”

As for Hepburn’s iconic fashions, which will be highlighted in an upcoming auction at Christie’s, says Ferrer, “At the time, her style was against the grain. It’s actually boyish in nature at time when women had large bosoms and hourglass figures. She never revealed too much flesh.”

“As legend has it, she threw on a man’s shirt one day and her waist was so tiny she could double it back in the front and tie it in the back. Then the cigarette pant, the legging, the pea coat, the little black dress and flats. She never wore heels, ever, just because it wasn’t worth it to not be able to get from point A to point B comfortably.”

With her own style, Ferrer says, “I’m a huge fan of the turtleneck and the black pant in winter, that’s a go-to for me. And flats, definitely!”

Today, she believes her grandmother’s true influence on style is inspiring people to find what works for them―not following trends.

“When people ask ‘What do I wear?’ I think the whole point, is ‘What do I like?’ ” says Ferrer. “You’ve got to figure it out for yourself if you want to be happy.” 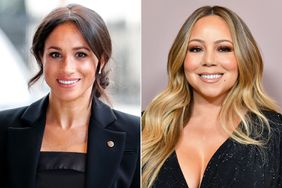 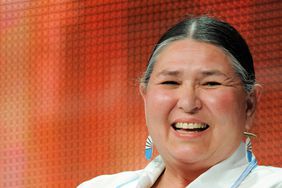