The EGOT winner and current co-host of The View — who turns 66 on Nov. 13 — boasts an impressive career

Celie in The Color Purple

Her role as Celie in The Color Purple earned Goldberg her first Golden Globe win (making her the first Black woman to win the Golden Globe award for lead actress in a drama film) and her first Academy Award nomination.

Oda May Brown in Ghost

Goldberg won her first Academy Award for Best Supporting Actress for her role as the clairvoyant Oda May Brown in Ghost. She also took home a Golden Globe that same year. We couldn't picture anyone else delivering the iconic line, "Molly, you in danger, girl!" the same way.

In 1990, Goldberg was busy following up her success with Ghost by starring in The Long Walk Home alongside Sissy Spacek. The movie has been criticized as depicting the trope of the "white savior," but Goldberg's performance as Odessa, a maid working during the Montgomery Bus Boycott, is strong.

Oh happy day! Whoopi Goldberg earned a Golden Globe nomination for her role as Deloris Wilson, a.k.a. Sister Mary Clarence, in 1992's Sister Act. She reprised the role for the film's sequel, Sister Act 2: Back in the Habit, the following year.

In 1994, Goldberg played the titular Corrina Washington in Corrina, Corrina, a movie set in 1959 about a widower (played by Ray Liotta) who hires a nanny to care for his daughter, and eventually, the pair fall in love. While not exactly a box office hit, Goldberg delivered a great performance in the film.

Sarah Mathews in Made in America

In 1993, Goldberg starred alongside then-boyfriend Ted Danson, Nia Long and Will Smith in Made in America. Goldberg plays a mother who conceived via sperm donor. Her daughter (Long) eventually wishes to meet her father and is shocked to find out that the donor, Hal Jackson (Danson), is white.

Shenzi in The Lion King

Thought you recognized the voice of Shenzi the hyena when you were watching The Lion King? It's Whoopi voicing the character from the 1994 animated Disney movie.

Guinan on Star Trek: The Next Generation

Goldberg joined the cast of Star Trek: The Next Generation in 1988, playing the role of Guinan until 1993 and eventually reprising her role in season 2 of Star Trek: Picard.

Jane DeLuca in Boys on the Side

Goldberg played Jane DeLuca in Boys on the Side alongside Drew Barrymore, Mary Louise Parker and Matthew McConaughey. Barrymore looked back on the experience on The Drew Barrymore Show, and share that she learned a lot from the actress.

"The thing that also is so important, and you are someone who really instilled this in me, is you can be as wild, rebellious, have a past, get married over a weekend, whatever it is, but the kindness, the goodness, that is the consistent through-line. And living a life where you get to be yourself and you get to do your thing and figure your stuff out, but you're so good to people," the star said of Goldberg on her show. "That's who I follow. That's who I've learned from. And you are the living example of that."

Bow down, everyone! The Queen has arrived!

When it comes to the iconic, star-studded 1997 remake of Cinderella, it's no surprise that they chose Goldberg to wear the crown as Queen Constantina alongside Victor Garber.

Delilah Abraham in How Stella Got Her Groove Back

I think we can all agree that if we all had a bestie like Goldberg's character, Delilah, in How Stella Got Her Groove Back, we'd all be much better off.

As the saying goes, there are no small parts. Goldberg proved that to be true with her appearance in 1999's Girl, Interrupted.

In 2003, Whoopi starred in and executive produced her very own sitcom.

Goldberg lent her voice to Disney again, only this time as the aptly-named octopus, Stretch, in Toy Story 3.

Nothing filled us with Glee more than Goldberg's appearance in the popular musical TV series as the Dean of Vocal Performance and Song Interpretation at NYADA, a.k.a. Rachel Berry (Lea Michele)'s dream school. 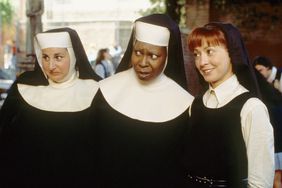 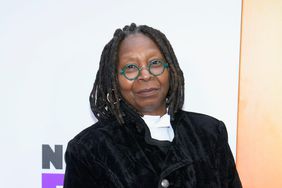