Who Is Tommy Wiseau? All About the Man Behind James Franco's 'The Disaster Artist'

Tommy Wiseau came to Hollywood with dreams of movie stardom and ended up creating a cult classic phenomenon later deemed “the Citizen Kane of bad movies” with 2003’s The Room. He’s now the subject of James Franco’s latest movie, The Disaster Artist.

Wiseau spent $6 million of his own money on The Room, blowing most of it on follies like buying film equipment instead of renting and insisting on shooting both digitally and on film. With his unintelligible script, zany acting techniques and inscrutable accent, everyone involved in the production was certain it would fail.

Yet the film’s unintentional hilarity earned it a devoted following. To this day, fans pack into midnight screenings dressed as their favorite characters, and videos highlighting the film’s most cringeworthy moments have garnered millions of views on YouTube (see below).

Now, the story behind the making of the movie — detailed in The Disaster Artist: My Life Inside The Room, the Greatest Bad Movie Ever Made, a book written by Wiseau’s Room costar and sometimes best friend Greg Sestero — is coming to theaters with Franco’s film, which he directed and stars in as Wiseau.

The actor went through great lengths to mimic Wiseau’s accent, body movements and appearance. With his mane of jet-black hair, muscular build and unusual fashion sense — he has a penchant for wearing multiple belts and sunglasses at all times — Wiseau looks like he could be a romance novel cover model, a rockstar or a character from Bram Stroker’s Dracula all at the same time.

While Sestero’s book is rich with details about Wiseau’s odd habits — like his obsession with hydration — much of Wiseau’s life before The Room remained a mystery. Decades later, questions about the director — like his age, where he comes from, the source of his wealth and even his real name — remain largely unanswered.

With Franco’s big screen adaptiongaining buzz as a potential Oscars player, audiences are bound to be left wondering: Who is the real Tommy Wiseau? The following is everything we know — and everything we don’t — about this bizarro modern-day Orson Welles.

Where Is He From?

A major break in Wiseau’s origins came during a recent interview on Jimmy Kimmel Live. Appearing on the late night show alongside Franco, Wiseau finally offered what sounded like some credible insight into his place of birth.

“I’m originally from Europe, but I’m, right now, American like everybody else. Long story short, I used to grow up in New Orleans, Louisiana,” he said. “So, people ask me, ‘Where you come from?’ Right? So, what’d you wanna do? Which country do you pick? Um, you know, I pick New Orleans.”

In the past, Wiseau has offered multiple accounts of his heritage. While his accent sounds Eastern European, he has previously said that he was born in France and moved to Louisiana at an early age to live with family in the city of Chalmette. He’s also claimed to have grown up in New Orleans.

Filmmaker Rick Harper, who made a documentary about The Room titled Room Full of Spoons, found through his own research that Wiseau was born in the Polish city of Poznań. In The Disaster Artist, Sestero also found evidence that Wiseau was born in Eastern Europe, after gaining access to immigration papers through Wiseau’s brother’s girlfriend.

How Old Is He?

Whenever Sestero asked Wiseau his age, the answer was always some variation of “However old you are Greg.” Sestero was in his early 20s when he first met Wiseau, who, despite a rigorous self-care routine that included constant exercise and lots of black hair dye, looked to be in his early 50s.

Sestero ended up learning from Wiseau’s brother’s girlfriend that he was born in the 1950s, and Harper later pinned the year down to 1955, making Wiseau around 48 during the production of The Room.

How Did He Make His Fortune?

Like most of Wiseau’s personal information, Sestero never got a straight answer about the source of his wealth — although with his flashy car, flair for expensive restaurants and The Room’s seemingly bottomless budget, there were signs of it everywhere.

“[The Room] cost $6 million to make … and it looks like it cost about $6,” Franco said at the Toronto Film Festival. “There was an insane billboard in L.A. for like five years that [Wiseau] must have paid hundreds of thousands of dollars alone, and it is the scariest thing you’ve ever seen, with his lazy eye, like, staring at you. It looks like an ad for a cult … But [the advertising] paid off, because [The Room] plays in almost every major city at least once a year. I think we worked it out that he must make half a million or a million dollars a year, or something like that.”

In The Disaster Artist, Sestero writes that Wiseau claimed to have made a killing flipping real estate in San Francisco, but Sestero never believed that to be true. There has been speculation that he was awarded a large settlement after getting into a car accident with a wealthy Hollywood producer. While there’s no evidence for this, Wiseau was in a car accident and has said the near death experience inspired him to pursue acting, according to Sestero.

In 2008, he told Entertainment Weekly he made his money in retail — a claim repeated in The Disaster Artist. “We import from Korea the leather jackets that we design here in America,” he said. “If you work, you have to save money, right? I didn’t get money from the sky. I was preparing, let’s put it this way.”

While it’s unclear if Tommy is his real first name, Wiseau is almost certainly not his real last name. The best guess is that his real surname comes from a Reddit user who did research into the birth certificates of the director’s uncle and aunt and determined the family name to be Wieczor.

In The Disaster Artist, Sestero suggests Wiseau might have gained the nickname “The Birdman” while selling bird trinkets on the streets in France. The word for “bird” is “oiseau“ in French, so the rumor is that he took the first letter of his real last name and applied to a corruption of the French word for bird and ended up with Wiseau. 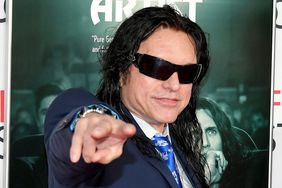 Who Is Tommy Wiseau? All About the Man James Franco Won a Golden Globe for Playing 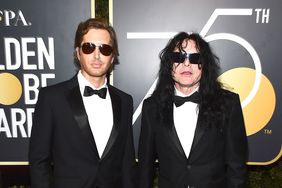 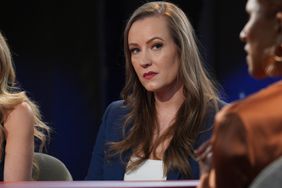 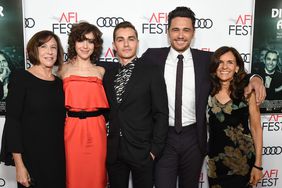 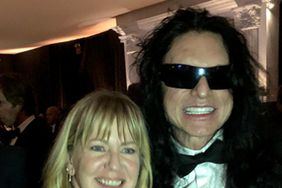 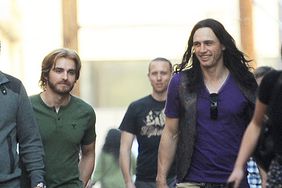 James and Dave Franco Are Unrecognizable in Their First Film Together, 'The Disaster Artist' 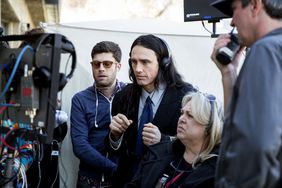 7 Golden Globe-Nominated Movies About Other Movies 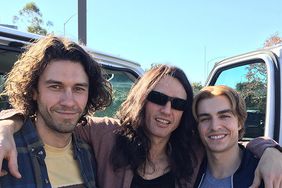 James Franco's New Movie Has His Brother Dave in Line for an Audition? See the New Photos and Decide