Josh Brolin is heroic firefighter in the emotional drama Only the Brave.

Based on the true story of the Granite Mountain Hotshots — a small-city crew of firefighters who battled the deadly Yarnell Hill Fire in Arizona during the summer of 2013. The fire ended up spreading and taking the lives of 19 men in the crew.

The actor stars alongside Jeff Bridges, Miles Teller, Jennifer Connelly and Taylor Kitsch in the emotional tale — and PEOPLE has a first look at his performance in the clip above.

Director Joseph Kosinski tells PEOPLE that Brolin’s performance was a special one due to the actor’s ability to connect to the character.

“Josh is a phenomenally talented actor and more importantly just a good dude,” he says. “His connection to this story was deeply emotional from our very first conversation about it. He felt so strongly about representing the men in the right way, that he was genuinely terrified of taking on the role of Eric Marsh.

“He truly embodied him, bringing all the guys together and leading them like a Hotshot Superintendent should.” 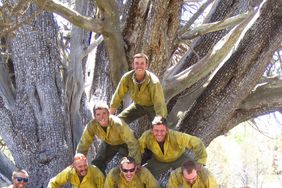 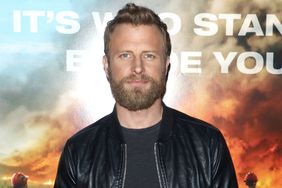