Chris Pine Knows All the Words to 'Ice, Ice Baby' — Watch Him Hilariously Rap It

Chris Pine is a man of many talents.

Chris Pine is a man of many talents.

On Thursday’s episode of Jimmy Kimmel Live!, the Wonder Woman actor, 38 revealed that he was in a band in high school with his English and math teachers — and that the first song he ever learned in its entirety was “Ice, Ice, Baby” by Vanilla Ice.

The star showed off his rap skills to much fanfare from the audience and his host, 51, after a lengthy chat with the comedian about the first concerts they ever went to. One of Kimmel’s was Lionel Richie with — wait for it — his mom.

“It’s fantastic lyrics, though,” Pine asserted. Then he grabbed his stand-in-microphone, a pen, and went to town.

“That was a mistake, you shouldn’t have done that,” Kimmel joked in response.

“That’s it, you’re out of the next Wonder Woman movie, but Vanilla is going to be so happy,” Kimmel encouraged. “Shout out, word to your mother.”

While Pine’s character in the box-office-smashing DC Comics flick, Steve Trevor, appeared to have died in the first Wonder Woman installment, he surprised fans in June of last year when he popped up in a still from the sequel’s set.

Titled Wonder Woman 1984, the sequel fast-forwards to the ’80s after the first was set during World War I. 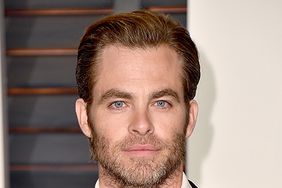 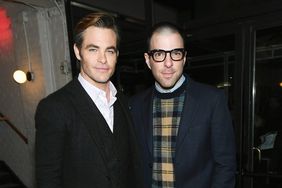