The star-studded flick hits theaters May 29

The Aloha trailer is here – and its ensemble is about as A-list as you can get!

The Sony comedy stars Bradley Cooper as a military contractor who, after blowing an assignment, returns to his old stomping grounds: the U.S. space program in Honolulu.

Things get complicated when he reconnects with a former flame (Rachel McAdams) and starts to fall for a peppy air force liaison (Emma Stone). Meanwhile, John Krasinski appears as a soldier, Alec Baldwin pops up as Cooper’s angry superior, and – for good measure – Bill Murray spews nuggets of wisdom throughout. 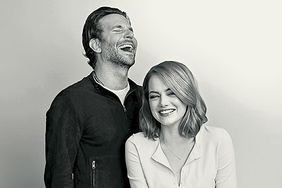