Earlier this month, Harriet screenwriter Gregory Allen Howard revealed that a studio head had once suggested Julia Roberts for the titular role

Viola Davis is responding to the news that a studio executive once suggested Julia Roberts to play abolitionist Harriet Tubman in a movie about her life.

“It happens all of the time [in Hollywood],” Davis, 54, recently told MadameNoire when asked to comment.

“Here’s the thing, simply put: Julia Roberts as Harriet Tubman is ridiculous,” she said. “That barely warrants a response. That’s ridiculous. I understand that the film industry very much is about commerce and money, I get it. But that’s ridiculous.”

Roberts was never involved in the project.

Last week, screenwriter Gregory Allen Howard — who co-wrote the screenplay for this year’s Tubman biopic Harriet — wrote a column in the Los Angeles Times. In the column, he revealed that a studio head had suggested Roberts to play the titular role — and appeared not to know that Tubman was a black woman.

“Fortunately, there was a single black person in that studio meeting 25 years ago who told him that Harriet Tubman was a black woman,” Howard wrote. “The president replied, ‘That was so long ago. No one will know that.'”

In a Q&A that was published earlier this month by film studio Focus Features, Howard said that when he started on the path to make Harriet over two and a half decades ago, a studio head suggested Roberts, 52, for the titular role.

“I wanted to turn Harriet Tubman’s life, which I’d studied in college, into an action-adventure movie. The climate in Hollywood, however, was very different back then,” Howard told Focus Features. “I was told how one studio head said in a meeting, ‘This script is fantastic. Let’s get Julia Roberts to play Harriet Tubman.’”

Social media users quickly responded to the executive’s obviously since shut-down idea, with people expressing how appalled they were by the idea of a white actress portraying the famous 1800s-era slave-turned-abolitionist.

Harriet is out in theaters nationwide now. 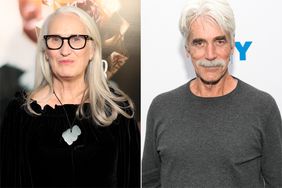