"You are going to be ecstatic about what he's contributed to this saga," Vin Diesel told fans of Fast & Furious 9 costar John Cena

Vin Diesel has nothing but good things to say about John Cena.

Diesel, 52, shared a video of himself and his Fast & Furious 9 costar Cena, 42, on Instagram Thursday on what was the former WWE wrestler’s last day of filming the upcoming movie.

“Week 16, Fast 9 and it truly is as Jordana [Brewster] says a bittersweet moment because someone who’ve I’ve had the great pleasure of working with, John Cena, is finally filming his last day,” Diesel said in the video.

He continued, “I have to tell you when you see him in this movie, when you see his character come to life you will be blown away. You are going to be ecstatic about what he’s contributed to this saga.”

“I’m so so so proud of him, I can’t even put it into words,” Diesel added.

Cena also teased the film to fans, saying, “I know a lot of you are asking questions: What do you do in the movie? Why are you here? What can you expect? I have many of those answers — but you’re going to have to wait and see.”

“You are in for a wild ride,” Cena added.

Cena announced he’d joined the cast of Fast & Furious 9 in June, tweeting, “For nearly 20 years, the Fast Franchise has entertained fans and created some of the biggest cinematic moments in history. It’s an incredible honor to join this franchise and this family.”

The actor is starring alongside Diesel, Brewster, Michelle Rodriguez and Tyrese Gibson.

In October, Cena spoke to Entertainment Weekly about the experience, saying, “It’s amazing.”

“The global connection the franchise has with its fans and the respect that the franchise has for its fans is like nothing I’ve ever seen before,” he said. “It allowed me to really look at the absolute analytics of the project through the people who have been working some 20 years on this.”

He added, “It really is a family atmosphere, there’s a lot of respect for the franchise, there is that expectation to deliver for the fan base, and it’s been like no other experience I’ve been on. You kind of have to earn your respect in so many ways, but once you do you are absolutely, unexpectedly welcomed into the family.” 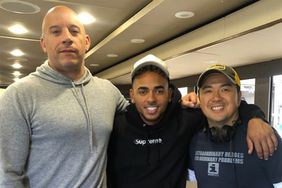 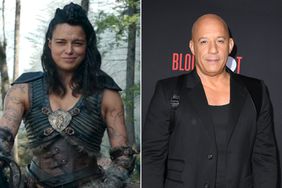