Johnny Depp‘s ex Vanessa Paradis is reportedly coming to his defense in the wake of the shocking domestic abuse allegations leveled against him in court filings by estranged wife Amber Heard, according to a note obtained by TMZ.

The handwritten letter, allegedly signed by Paradis in Los Angeles and dated on Friday, calls Depp a “sensitive, loving and loved person.” While she never makes a direct reference to Heard, she allegedly does write that “these recent allegations being made are outrageous.”

“In all these years I have known Johnny he has never been physically abusive with me and this looks nothing like the man I lived with for 14 wonderful years,” Paradis allegedly wrote.

(PEOPLE was unable to confirm if the letter obtained by TMZ was actually written by Paradis. Her agent did not immediately respond to a request for comment.)

Multiple sources close to Paradis tell PEOPLE that there was never any issues of domestic violence between the couple.

“Never any story in 14 years, never a sense of violence, never a scene,” says a former friend. “That’s so not Johnny and Vanessa. Johnny was very sensitive, both were. It was important to them that they set good examples to their children.

“They were a normal couple,” the friend continues. “He was a very good father and together they took incredible care of their children.”

Paradis, a French actress and singer, connected with Depp while he was filming The Ninth Gate in France – four years after first meeting at a party. Following a whirlwind romance, Paradis became pregnant with Lily-Rose. Of the romance, Paradis once told Harper’s Bazaar, “When you meet the love of your life, it’s just obvious and natural and easier. You keep learning all the time.”

Another source tells PEOPLE that Paradis and Depp lived a “very low-key” life, and were focused on family rather than fame. “He and Vanessa never had any violent conflicts,” the source says, noting that they dealt with all issues calmly.

Heard filed for divorce last week. She was granted a temporary restraining order against Depp at a Los Angeles courthouse on Friday, and submitted photos of bruises on her face that she said resulted from the actor hitting her during an incident on May 21. (The LAPD previously told PEOPLE that they investigated the incident after receiving a 911 call but they didn’t see “any evidence of a crime” and Heard declined to file a report against Depp. The actor had left the apartment by the time the cops had arrived.)

In response to Heard’s request for a temporary restraining order on Friday, Depp’s lawyer said that Heard is “attempting to secure a premature financial resolution by alleging abuse.”

An insider previously told PEOPLE of Heard’s filing, “Amber did what she had to do to take care of herself.” 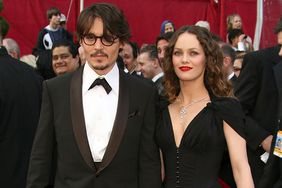 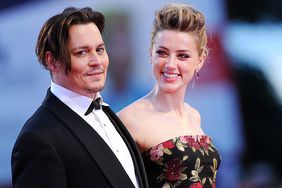 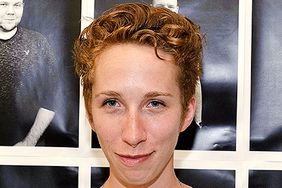 Who Is iO Tillett Wright? 5 Things to Know About Amber Heard's Friend Named in Her Abuse Claim