Val Kilmer is opening up about his crush on Angelina Jolie.

The actor, 60, recalled working with the actress on the 2004 film Alexander in his newly-published memoir I’m Your Huckleberry.

“I couldn’t wait to kiss Angie, buy her a Gulfstream jet and have a V+J painted in rainbow glory on the tail,” he wrote in his book.“She had recently adopted her first child, Maddox, and the paparazzi were obsessed with this postmodern Madonna, the perfect picture of unapproachable stardom and impossibly chic maternal instinct.”

Kilmer admitted he’d told director Oliver Stone he would only accept the role if his and Jolie’s characters “could have flashbacks to falling hard for each other and storming the castle with passion, before turning against each other.”

“I was half kidding. He didn’t pick up on the humor,” Kilmer wrote. “I tried to clarify. Finally, I just sighed. ‘Oh, never mind. I just dig her, Oliver. It would be nice if we had some flashbacks when they were in love and happy together.'”

In his memoir, Kilmer also opens up about his throat cancer, his past loves and his current love life.

“I haven’t had a girlfriend in 20 years. The truth is I am lonely part of every day,” Kilmer admitted in the book.

The actor famously dated Daryl Hannah, Cindy Crawford, and Cher and married actress Joanne Whalley in 1988. The two divorced in 1996 and share two children: daughter Mercedes, 28, and son Jack, 24. Kilmer says he has always been intrigued by women.

I’m Your Huckleberry is now available for purchase. 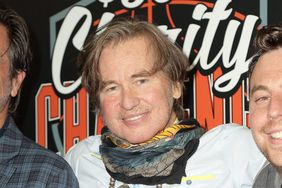 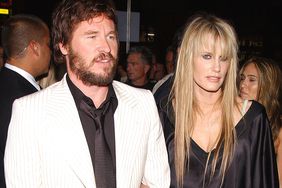 It's Good to Be King

Colin Farrell: Inside His Life